During the time of the Cold War between United Stated and Union of Soviet Socialist Republics (USSR), Greville Wynne, an electric engineer, is recruited as a spy for the British Intelligent Secret Service, MI5. His mission is to get into the soviet nuclear program with the Cuban Missile Crisis about to turn in favor for the USSR. Wynne, along his source Oleg Penkovsky, nickname "Ironbark", will start working with the CIA to filtrate information that will allow them to end with this crisis. 'Ironbark' is directed by Dominic Cooke ('The Hollow Crown', 'National Theatre Live: The Comedy of Errors') and is written by Tom O'Connor ('Fire with Fire', 'The Hitman's Bodyguard'). The movie is starred by Rachel Brosnahan ('The Marvelous Mrs. Maisel', 'Louder Than Bombs', 'House of Cards'), Benedict Cumberbatch ('Avengers: Endgame', 'Patrick Melrose', 'Sherlock'), Jessie Buckley ('Dolittle', 'The Woman in White', 'Chernobyl'), Andrey Kurganov ('The Witcher', Trinity Sunday') and Angus Wright ('The Crown', 'Succession'), among others. 'Ironbark' is based on real event. At the beginning, its release date was going to be in 2019, but due to a few problems it was delayed until 2020. Its first release is at the Sundance Film Festival on January 24, 2020 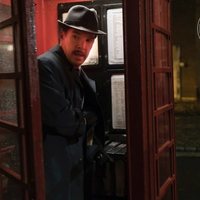 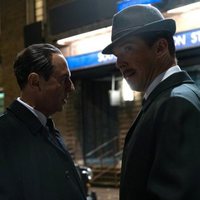 'Ironbark' premieres at the Sundance Film Festival on January 24, 2020. Its release was dated for 2019, but due to some problems it was delayed to 2020. The director Dominic Cooke and the actor Benedict Cumberbatch worked together before in the miniseries 'The Hollow Crown'.