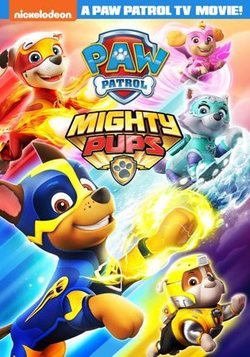 'Mighty Pups' is the first episode in the fifth season of the animation series, 'PAW Patrol', which was released in cinemas. The series stars a group of dogs ((Chase, Marshall, Rocky, Zuma, Rubble, Skye and Everest) and ten year old Ryder. This rescue team work together to save the day when Adventure Bay faces dangers or difficulties. They are helped out by their vehicles, their special rucksacks which hold everything they need to face situations, and most importantly by the support of the rest of their team. When a mysterious meteor lands in Adventure Bay, PAW Patrol gain special powers. Suddenly Mayor Humdinger and his nephew steal the meteor to take over the city and the team of dogs must unite with their special powers in order to save the day. 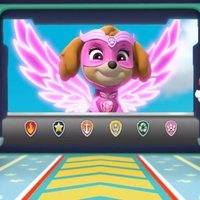 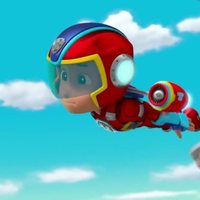 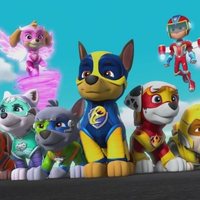 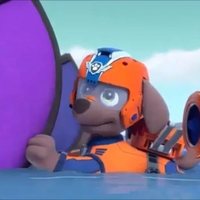