'Captain Marvel': New Trailer with an Enraged Brie Larson and a First Glimpse of Annette Being

Fans of the Marvel Cinematic Universe have not been very happy with Kevin Feige and his crew in the past few weeks; after all, the anticipation for the first 'Avengers 4' trailer has become an all-consuming concern for half the world, and expectations are beginning to get out of control.

It seems that Disney held the key to quench the thirst of the eager fans and appease them for the time being, releasing the first complete trailer for 'Captain Marvel', the first Marvel film starring a female superhero. The trailer has it all: an enraged Brie Larson beating up a skull, a first glimpse at Annette Bening's formidable character, and Carol's adorable kitten whose purrs could even melt the heart Samuel L. Jackson.

Starring Brie Larson in the role of the eponymous 'Captain Marvel', the trailer promises a film which will give an epic welcome to the character. As far as we know, the film is set at some point in the 90s and will explain the character's origin as Carol Danvers, and her transformation into the legendary heroine known as Captain Marvel. Although it will be an "origen film", in that the film will introduce the roots of a new character, it seems that Marvel does not want to give fans anything they have seen before. 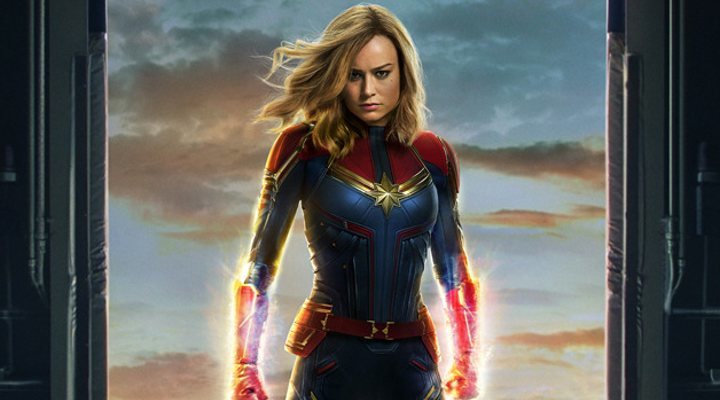 A New way of Showing Roots

In an interview with Comicbook, one of the film's producers, Nate Moore, spoke about the narrative focus of the film, and about how Marvel will deal with the origins of this character in an original way: "I think the way the film opens is much different than an origin movie, and because she is a heroine that you haven't seen before, we're able to tell this story structurally in a way that will feel unexpected and hopefully will keep audiences off balance [...] we want to find ways to subvert [the typical] structure, so at least the experience of the film feels new to audiences. We're very conscious of making sure that audiences don't get things that feel like they've seen them before".

As is seen in the trailer, it seems that 'Captain Marvel' will be following Carol Danvers' story in an non-chronological order, alternating between the present and her mysterious past, perhaps with flashbacks or memories that Danvers has yet to understand.

It seems that Marvel has one thing clear: this film will surprise fans in more ways than one and, as well as introducing the superhero perfectly, it will be the perfect way to leave Marvel fans with their mouths wide open in anticipation for 'Avengers 4', in which Carol Danvers will presumably meet the rest of the Avengers.