Christopher Eccleston is a BAFTA and Emmy Award winning actor known for his work across cinema, television and stage. Thanks to his iconic roles in 'Doctor Who' and 'The Leftovers', Eccleston has enjoyed great success in his onscreen career for decades. Yet behind the accolades and incredible performances, the actor reveals that he has spent years of his career battling with anorexia and other mental illnesses such as depression. 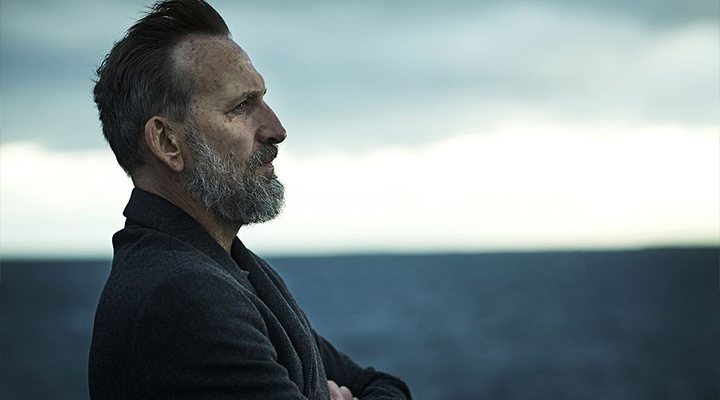 Now, Eccleston has decided to open up about his experiences with mental illness in his biography and tribute to his late father, 'I Love the Bones of You'. In an interview with The Guardian, Eccleston shares in some detail the journey he has taken to reach this point and indicates some of the pivotal moments in his personal life, such as his divorce from his wife in 2016. Eccleston asserts that he hopes his book breaks down barriers and the stereotypes of northern men by openly admitting to his own struggles.

"I did have what people might call intrusive thoughts", Eccleston admits, though the thought of his two young children, Albert and Esme, and the impact his death would have on them prevented him from taking drastic measures. "I think cowardice played a part too. I thought: 'That's gotta hurt.' Sorry to be crass", says the actor with regards to his suicidal thoughts over the years. This dark period he found himself in led to Eccleston spending his 52nd birthday in a psychiatric ward, where his doctors informed him that he had a severe brain chemistry imbalance and would have to take high doses of medication to treat it.

According to the actor, the seeds of his mental health struggles began to sprout in his childhood: "I could do all the male stuff - I was captain of the sports team and I'd get very physical on the field, but I also had this interest in femininity". Despite wishing to identify as androgynous, Eccleston knew that his parents would not have allowed him to express this identity in the working-class city of Salford where he grew up. This immense stress over his image impacted Eccleston greatly, and food and diet became one of his dangerous fixations. Anorexia affected him "every minute...All you think about is food - the consumption of, the rejection of. You don't think about anything else".

Though the actor is determined to share his struggles with mental health, he is aware of how outdated attitudes towards mental illness in his industry could impact his career, with his agent encouraging him to finish shooting a season of 'The A Word' before admitting himself into hospital. Eccleston has fought to prove that his mental illness and his skill and professionalism as an actor can be separated. "What my agent and I discussed was that the more I worked, the more relaxed the insurers would become, and I've not missed a day's work since". And yet, "I only had three months' work last year and there's nothing coming up now. But I think that's possibly got more to do with me being white, male and middle-aged. And, quite rightly, those stories, which I've benefited from for 30 years, are not being told at the moment...But I'm hoping that there are a few toxic male roles I can play soon".