Dances, Dames and 'Downton Abbey': How historical dramas are helping us to escape from our political present

The 'Downton Abbey' crew proved themselves the aristocrats of the UK box office when they shot straight to first place with an opening weekend gross of £5.18 million, a feat it went on to replicate by conquering the US box office with an incredible $31 million opening weekend. Forbes magazine even predicted that the period piece, centring around King George's visit to the famous estate, "is going to outgross most of this season's Oscar contenders". An impressive achievement for a film adapted from a television show that used to air on Sunday afternoons in the UK. 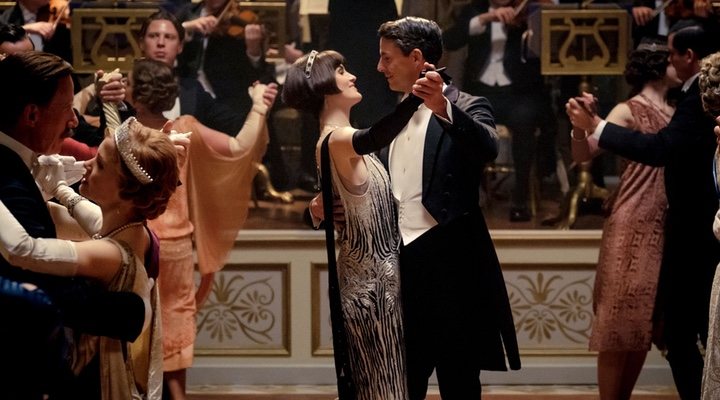 Despite its spectacular reception ('Downton Abbey' holds an 85% Certified Fresh rating on Rotten Tomatoes), the film's release was met with criticism from those who believed it offered an idealised vision of the past that endorsed the aristocracy whilst smoothing over politics and social inequality. In fact, 'Downton Abbey', in many cases, appeared to actively try to distract audiences from the stressful political situation of the UK today (Brexit, Boris Johnson, climate change - we're looking at you) with an idyllic vacation to a world of waltzes, afternoon tea and the English countryside.

Even the cast agrees with this assessment of the series-turned-film. Hugh Bonneville, who takes to the screen as the earl of the abbey, Lord Grantham, described the two-hour film as a great opportunity "just to escape for a couple of hours from all the nonsense we're surrounded by".

Escapism. This is the word that has cropped up time and time again from critics and audiences alike when asked to describe 'Downton Abbey' and its royal reception at the box office. Jen Chaney for Vulture suggested that "there is a comfort and pleasure" in walking the halls of 'Downton Abbey' to take tea with Lady Grantham or laugh at a well-placed barb from the Dowager Countess. "How lovely to immerse oneself in an England where Boris Johnson is not an authority figure and where the crassest American is Elizabeth McGovern in a tiara", she concludes, drawing a direct parallel between the numbers of people taking refuge in 'Downton Abbey' and those fleeing from the strained political atmosphere that bears down on us all. Perhaps in an age of instability, it makes sense that we take comfort in a grand old house that has stood for centuries.

The BBC went so far as to call 'Downton Abbey' a "now-familiar fantasy". That's right - gone are the days in which we turned to witches and wizards and elves for our dose of the fantastical. Now when audiences want to delve into a fantasy that takes them away from elections and polls and crises, all they have to do is press play on the "orderly, graceful world" of the Crawleys. Tolkien is in shock.

'Downton Abbey' is certainly not first film to promise audiences an escape to a simpler time through the screen. 'Poldark', produced by the BBC and streaming on Amazon Prime, is a hugely popular series in the UK (averaging between five and six million viewers per week) that takes audiences back to the sweeping coastal landscapes of late 18th century Cornwall. It's hard to worry about Article 50 when watching a bare-chested Ross Poldark (Aidan Turner) brood atop a cliff. 'Outlander', which follows the story of World War Two nurse Claire Beauchamp as she travels back in time to 17th century Scotland and falls in love with a rugged Scottish lord by the name of Jamie Fraser (Sam Heughan), is another example. 'Outlander' is a particularly interesting instance of escapist historical fantasy because by having Claire travel to the past, she can retain her 20th century feminist morality whilst experiencing the beauty and romance of a time before that. This is what escapist historical dramas do: they allow the audience to keep the good of present times (love, family, an impulse towards equality) whilst leaving the bad behind. 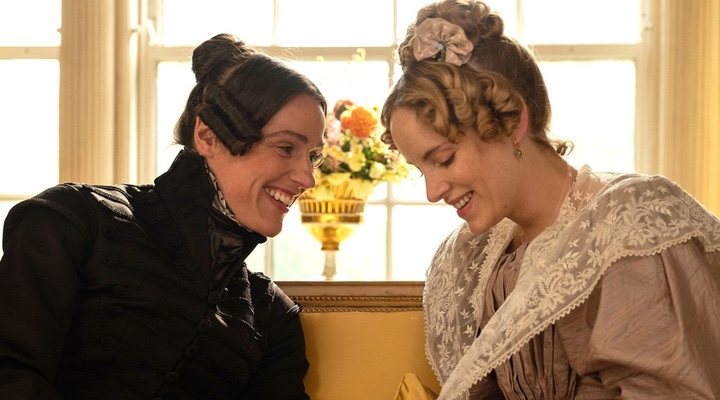 Indeed, escapist historical fantasy is still capable of presenting us with stories that press for equality in a way that is uplifting and empowering. In HBO's 'Gentleman Jack', viewers witness an LGBTQI+ love story between women, something one could argue is lacking in series set in the supposedly more open present day. The tagline of the series, "write your own story", implores fans to find refuge in this vision of 1830s Yorkshire, to write and to witness narratives of their own choosing in the fashion of the protagonist of the series, Anne Lister (Suranne Jones).

Apple TV's 'Dickinson', starring Hailee Steinfeld, narrates the life of esteemed poet Emily Dickinson with a feminist twist. Though the politics of equality remain in this narrative, escapism is still present, for audiences get to watch women succeed despite society's expectations. Living as we do now in a time in which the pay gap continues and debates surrounding women's rights to their own bodies rage, knowing that Emily Dickinson not only triumphs, but goes on to become one of history's most celebrated poets, is a much-needed escape indeed.

The future of the phenomenon 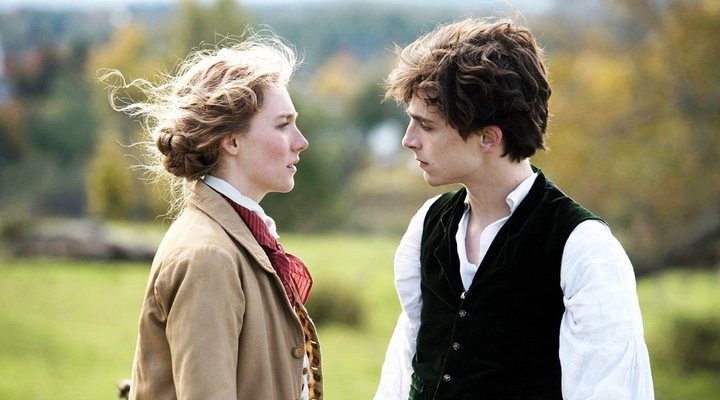 The phenomenon does not end there. The success of 'Downton Abbey' as well as the evident market for historical dramas appears to link to the huge number of upcoming series of films and television shows that aim to offer audiences the chance to escape from the modern world for an episode or two. Greta Gerwig's 'Little Women' will premiere over Christmas 2019 and the opening shot of the trailer shows Saoirse Ronan as Jo running through a breathtaking forest as the sun shines down on her, a clearly beautified image of country life in the mid-19th century.

Netflix is also determined to cash in on the period drama boom by bringing Julia Quinn's series of regency romance novels to the screen as 'Bridgerton' in 2020 under the direction of Shona Rhimes of 'Grey's Anatomy' fame. Get ready for balls and bonnets and a healthy dose of dashing lords in tailcoats.

Whilst some critics resent 'Downton Abbey' for presenting a rosy view of the past, are audiences not entitled to use historical dramas as a reprieve from the ever-increasing stresses of modern life? Can we really be blamed for wanting to trade in Brexit for ballgowns, debates for Downton? Judging by the reception of 'Downton Abbey' and the buzz surrounding these upcoming projects, we think not. So lace up your corset and get along to your local cinema, where 'Downton Abbey' is playing now.