Parties with neon colour palettes. Couples with wonderfully kitsch ship names. Betrayal and bloodshed, deceit and drama. That's right: Las Encinas is back in session. The third season of the Spanish-language smash hit teen drama 'Elite' launches on friday the 13th and, having devoured the first two episodes in a haze of cliffhangers, suspense and melodrama, we're ready to talk about it. This is a spoiler-free zone regarding the first two episodes of season three, although there may be some references to the previous two seasons of 'Elite' hidden between the lines. You have been warned. 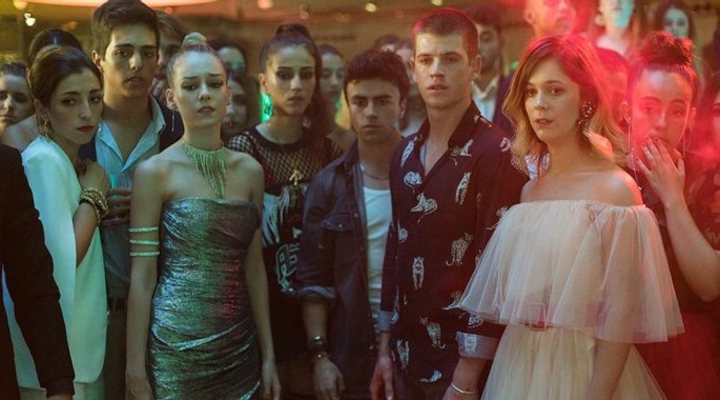 The first two episodes of a new season, particularly for a series that already has such a large fanbase established, are a tricky beast. Showrunners Carlos Montero and Darío Madrona have to establish the tone for the season, hook viewers loyal and sceptical alike, and lay the groundwork for the emotional and structural development of the set of eight episodes like a pair of practised puppet masters able to pull the strings without the audience catching so much as a glimpse of their frantic machinations. One of the major strengths of S3 Ep1 'Carla' and S3 Ep2 'Samuel and Guzmán' is that the cast and crew have most of the stakes and themes in place by the end of the second episode whilst also managing to tie the plot back to the earlier seasons, giving the series a satisfying sense of continuity as familiar storylines continue to grow and develop, twist and turn. We have a new mystery and new dynamics as characters get together and break up, making friends and enemies along the way, and yet the seeds planted in seasons one and two are clearly starting to sprout. We see Lu (Danna Paola) and Valerio's (Jorge López) secrets catch up with them. We see Guzmán's (Miguel Bernardeau) thirst for vengeance break down into an unquenchable grief. We see Carla (Ester Expósito) attempting to re-establish herself as an uncaring ice queen despite the fact that the audience now knows the girl behind the Louboutins. In short, the first two episodes do a remarkable job of showing how much the characters have matured since their uncertain beginnings whilst simultaneously reminding us how far they have to go to become the best versions of themselves. As a viewer, it's delicious to watch these characters continue to develop as our emotional investment in their stories starts to pay off. "I embark on this journey where she is stripped down, figuratively speaking", Claudia Salas, who portrays the inimitable Rebeca, tells us. "We see her rebuilding herself". Rebuilding seems to be an important concept at the heart of season three for all of the characters as the bomb dropped at the end of season two blew the status quo of Las Encinas to smithereens, and watching these characters try to find themselves amongst the pieces is incredibly satisfying.

It's not just old favourites returning, however, as the first two episodes of season three also mark the arrival of the two new recruits to Las Encinas: Malick (Leïti Sène) and Yeray (Sergio Momo). I was interested to see how the showrunners played the introductions of these new characters as at this point in the 'Elite' game, they would have to be extremely endearing and interesting to capture the interest of viewers who are already invested in fan favourites such as Omar (Omar Ayuso) and Ander (Arón Piper). Having watched the first two episodes, I would say they half-succeeded in meeting this goal. The character of Malick is extremely compelling in that, unlike Nadia and Omar, who are working class Muslims and thus face both classist and xenophobic prejudices, Malick is, as he puts it, the son of the "richest man in Senegal". It's interesting to see how the writers have chosen to go down a route that explores how different prejudices interconnect and operate at different levels of society, and Malick's entrance to Las Encinas feels like one of the most thought-provoking and mature storylines of the seasons thus far. It helps that he is immediately charming and wins over another beloved character, Nadia (Mina El Hammani) early on, too. As she warms up to him, so do we.

Yeray's introduction is less gripping, however. Whereas Malick seems to be introduced as a character in his own right designed to add depth to the show's exploration of class and religion, Yeray's character seems to operate at a largely structural level intended to support Carla's arc rather than embark on one of his own. Whilst Sergio Momo plays puppy dog infatuation with an eager sort of sweetness that draws on pathos extremely well, the character of Yeray feels obviously slot in to the season to support the stories of others, and so his introduction was one of the clumsier aspects of these early episodes. 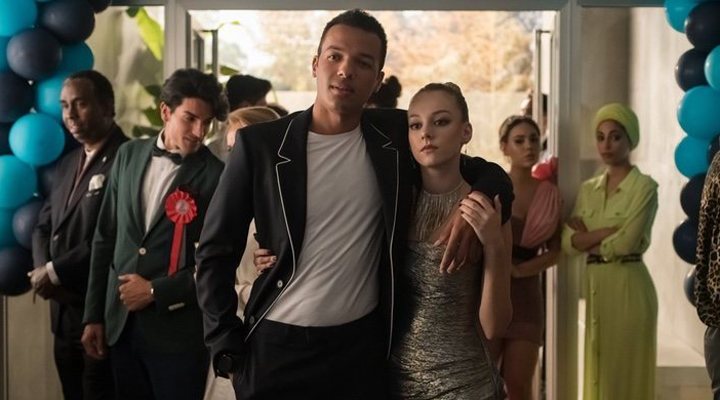 With the entrance of these two new characters, several fans have an eye on their favourite couples out of fear that these new arrivals could destabilise fan favourites such as Carmuel and Guznadia. Without giving too much away, we can safely say that both of these two ships, as well as the darlings of the internet, Omander, remain angst-driven aspects of the first two episodes that will keep any romantic at heart watching to see how it pans out.

In terms of stand-out performances, the first two episodes of season three belong to Rebeca, Valerio and Carla. These first two were new recruits to the show's second season and at times in their earlier material, the writing could veer dangerously into the habit of stereotyping, with Rebeca filling the role of the brash, streetwise girl and Valerio taking the carefree party animal archetype to the next level. In this instance, however, both Claudia Salas and Jorge López do a sublime job of showing the cracks in these respective facades in the first two episodes. Whether it be the expression on Rebeca's face when she thinks nobody is watching or the interplay between self-loathing and vulnerability that Valerio seems to exude, especially when sharing the screen with his half-sister (and ex-lover) Lu, both actors do a wonderfully nuanced job of setting these characters up to have far more depth to them than they did in the second season. 'Elite' is, first and foremost, a drama, so it's rewarding as a viewer of the show to see their storylines be handled with moments of real sensitivity meant to drive character development, not just melodrama.

On a visual level, 'Elite' steps it up every season with how the series is shot and edited. I was struck by one particular party scene early on in season three in which the lights and flashes of neon colour are amped up whilst the music and rhythm is dialled down and muffled, giving the entire scene a heady, hallucinogenic quality that encapsulates the hedonistic, dramatic charm of 'Elite' in a single series of shots.

Despite the strengths of the grand opening to season three, the first two episodes fall short in their over-reliance on a familiar formula that, rather than offer the show a clever circular effect, as was perhaps intended, borders on the predictable and irritating. 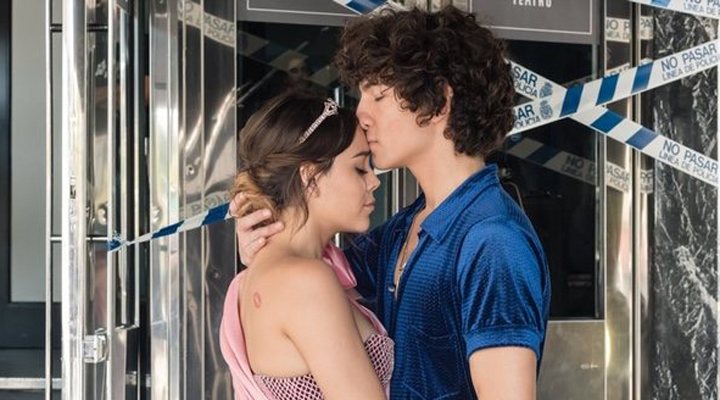 In the first two seasons of 'Elite', the opening episodes begin with a significant event and the following episodes consist of a combination of flashbacks and flashforwards to incrementally reveal clues and build suspense as the audience grapples with these questions laid out in the first episode. Whilst some series can get away with this repeated framing device quite well - try to imagine 'How I Met Your Mother' without the nostalgic narration from Ted, for example - it can veer into the repetitive and gimmicky if not enough is done to keep this device feeling fresh. As the world-weary inspector arrives back onto the scene to interrogate these students (how she resists just throwing them all in jail to give her a bit of peace and quiet from the drama of high school students murdering each other, we'll never know), 'Elite' season three begins to feel like something we've seen before. Even the dialogue and shots in the flashforward timeline are extremely similar to those used in the first season. This simply doesn't work at this stage in the series because, whereas in the first season, this interplay of timelines was new to the viewer, by season three, we are tired of following this formulaic structure that feels less like an unpredictable mystery than it does a poor attempt at creating suspense that is dragged out for so long it does a better job of creating irritation. The second season of 'Elite' was compelling because it was different: characters we thought we knew revealed new depths, storylines we thought were speeding towards one final destination would regularly veer off on some unexpected course. The third season fails to update the structure to fit its new, matured characters, and so the viewer is left wanting.

In short, 'Elite' season three offers up everything we expected from the vivid, sexy and addictive series: new drama, dizzying cinematography, surprisingly profound character development. We just wish they'd given us something unexpected this time around, too.

The Best: The performances of Claudia Salas, Jorge López and Ester Expósito. The atmosphere created through editing.

The Worst: A tired and predictable plot.