This summer we will once again be returning to Hawkins, the small fictional town in Indiana where strange things have a habit of happening. The third season of Netflix original series 'Stranger Things' is being released this July and it is more full than ever before of 80s nostalgia and pop culture references.

Matt and Ross Duffer, the writers and directors of the series, have revealed to Entertainment Weekly a list of films from the 80s and 90s which have provided aesthetic inspiration for this new season. Varying from comedy to horror, to dinosaur adventures, to obscure indie films, this season will surely be as eccentric as ever. 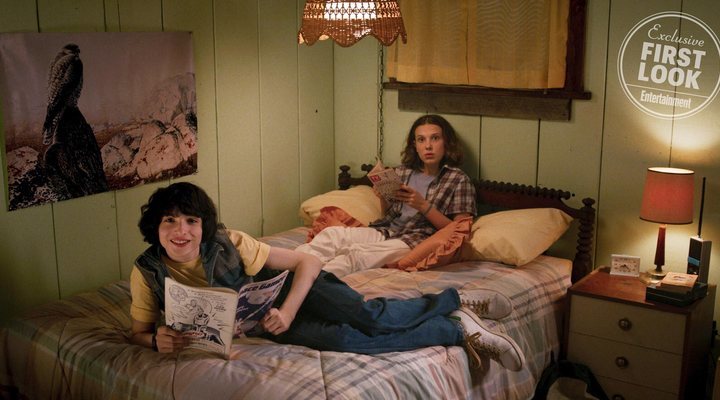 Among the most famous on the list is the 'Indiana Jones' saga and 'Jurassic Park', both franchises which made an unforgettable mark on the pop culture of its time. Some lesser known films include 1982 'Fast Times at Ridgemont High', a film which was based on the real life experiences of the writer, and 1988 'Midnight Run' starring Robert De Niro.

On the horror side of things, the writers acknowledged David Cronenberg and his visceral horror, which explores the most human fears through transformations of the body, rather than jump scares. The director created films such as 'Dead Ringers', starring two gynaecologists obsessed with female fertility, and 'Maps to the Stars', about childhood stardom and an older actress who wishes to return to the world of entertainment.

- The films of David Cronenberg.

Despite the clear horror influence, the creators of the series have highlighted that this is the "most unapologetically fun season". Ross Duffer told EW that the third season is "this wild mix of tones that [...] really sets [it] apart." The third season will also apparently highlight the bromance between Dustin and Steve to a greater extent.

The season will be released worldwide on the 4th July, coinciding with US Independence Day. Fans have just over a month to get through the films on the showrunners' list!