In 2013, Disney's 'Frozen' enchanted the world with its story of sisterhood, snow and the supernatural. You couldn't go to your local shopping centre without hearing Idina Menzel belting out 'Let It Go', with about a dozen children (and adults) singing along with the ice queen. Such was the film's success that even now, six years later, it is the highest-grossing animated film of all time. But will the upcoming sequel be able to sustain this success? Much like Anna went searching for Elsa's enchanted castle, we went looking for answers.

Frozen 2 - clues from the crew

'Frozen 2' will hit UK cinemas on the 22nd November and in preparation for our return to Arendelle, we sat down with producer Peter del Vecho to ask him for secrets about this snowy sequel. 'Let It Go' seemed to echo around the world upon the release of 'Frozen', with the characters and world of Frozen taking on a life of their own. The love for the first film in the franchise means that the fans are invested not only in the incredible soundtrack and animation of the sequel, but also in the exploration of the universal themes of sisterhood, self-love and moral ambiguity that made the first film so deeply relatable. 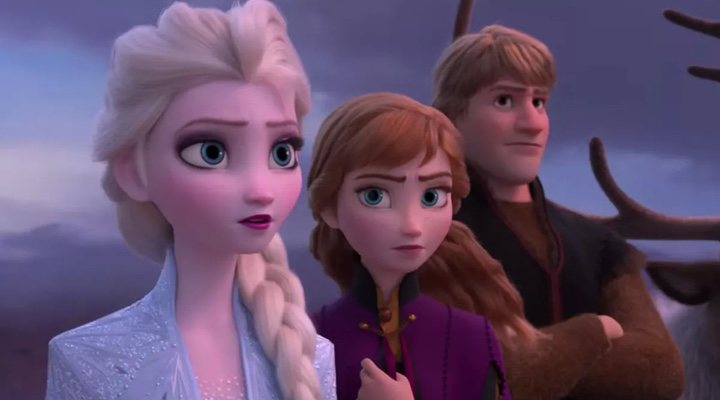 "The world wanted another story to be told," explains del Vecho. What is that story, we wonder? The recently released trailer introduced us to an enchanted forest cut off from Arendelle by a magical spell that Elsa possesses the unique ability to break, so will the sequel centre on the ever-evolving powers of the ice-queen? Will Anna and Elsa be able to maintain their newfound bond in the face of such challenges? Will Kristoff ever sing a full song about something more than his love for reindeer? "You'll be surprised," del Vecho promises, with a sneaky smile straight out of Prince Hans's playbook.

Watch the interview with del Vecho for exclusive information on everything from power ballads to LGBT princesses to the potential for a 'Hercules' live action film.