'Game of Thrones': The Plots Left Open or Unresolved After the Finale

*Do not read if you have not seen the 'Game of Thrones' finale.*

'Game of Thrones' is finally over. The Iron Throne has a ruler, the future of Westeros is clear, and the fates of the main characters have been at last revealed. However, while almost all of the characters have met their destiny, there are still a few whose stories remain open. It is no accident, surely, that these characters' fates remain untold. Who knows how many spin-offs we could be expecting? 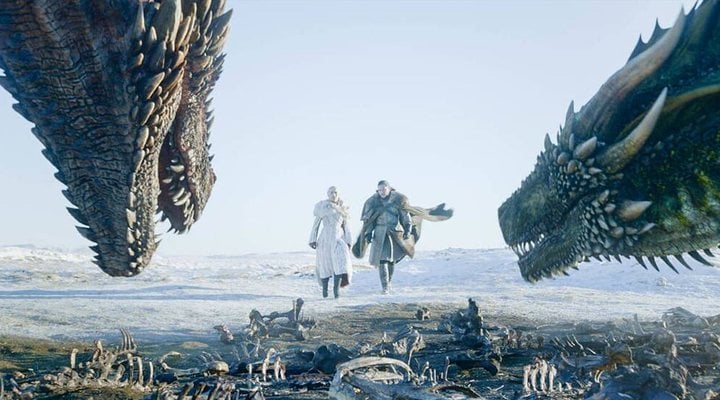 The Reign of Bran Stark: Like it or not, the young Stark boy is now the new leader of the Six Kingdoms. How will he cope with the pressure of the (metaphorical) Iron Throne? Will he try to rebuild the throne? Will he keep the peace in the kingdoms? So many questions await answers.

The Reign of Sansa Stark: The eldest Stark was not too content with her younger brother on the throne, choosing to remain in the seventh, separate kingdom and earning the title Queen of the North. We have yet to see the character as a ruler of a kingdom. How will she fare as Queen?

The Journey of Arya Stark: Bran's warrior sister was not content to remain in her brother's kingdom either, setting off on a quest beyond the West of Westeros, a place where nobody has before set foot (or at least returned to tell the tale). The expedition is rather reminiscent of Elissa Farman's story, a character from George R.R. Martin's 'Fire and Blood' which he released last year. Could this be the basis for another spin-off series?

Jon Snow Beyond the Wall: Jon was condemned to a life sentence with the Night's Watch, but we see the character choosing instead to cross the wall into the wilderness in search of a new home. Will we ever discover what befalls the character out in the unknown?

We do not only have questions about the characters whose stories we see left with much to be told, but also those characters who simply disappear from the storyline. Characters such as Nymeria, Daario Naharis, Jaqen H'Ghar and Meera simply fade into the background and we never hear from them again. Could we expect to see a spin-off which explores their unknown fates? Similarly Cersei's two prisoners, Ellaria Sand and Septa Unella, simply vanish from the plot. It is likely that the two suffered the same gruesome fate as their captor in King's Landing, but as their deaths were not shown, it is all unclear.

Another beloved character whose destiny is unknown at the end of the finale, is Drogon. After seeing the body of his mother, murdered at the hands of none other than Jon Snow, and burning the Iron Throne in rage, the last remaining dragon flew off into the distance. What could have happened to the dragon and where could he have gone? Although Bran promised to search for the creature, he left behind no clue as to his whereabouts.

Finally, although it seems that the walkers are gone for good, this was never actually confirmed. At the start of the season we saw a message from the Night King in the form of a spiral, with Ned Umber transformed into a white walker in the centre; has this threat been stamped out for good? The walkers could have entire spin-off series to themselves.

Which plot would you most like to see resolved in a spin-off series?