Harrison Ford is called "hypocritical" after his speech on climate change

It seemed like Harrison Ford was going to have a lovely day filled with pats on the back and excessive thanks, but after his speech on Monday at the UN Climate Action Summit in New York, it appears that all of Twitter has turned against him. The actor highlighted the serious consequences that the fires and deforestation across the Amazon could have in the future and are currently having today. 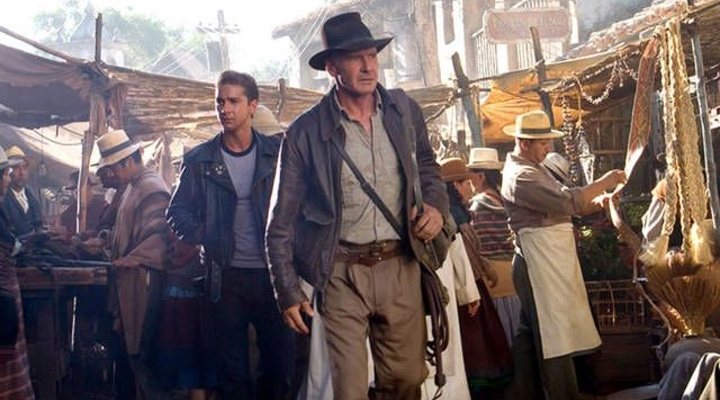 "We've been talking about saving the Amazon for thirty years, and we're still talking about it. The world's largest rainforest, the Amazon, is crucial to any climate change solution for its capacity to sequester carbon, for its biodiversity, for its fresh water, for the air we breath, for our morality. And it is on fire," said the 'Blade Runner' protagonist.

Ford pointed out that when a house is on fire, you don't specify the room. You say that your house is on fire, and that you only have the one house. "There is a new form of nature at hand, stirring all over the world. They are the young people who, frankly, we have failed; who are angry, who are organised, who are capable of making a difference," the actor continued.

Despite this conciliatory and positive message, social media took up arms against Ford due to his enormous collection of vehicles, motorcycles and planes. He has even admitted in an interview that he enjoys flying so much that sometimes he'll take to the air just to fetch a hamburger from the beach. "Harrison Ford has an aviation hobby and he owns airplanes. Ford's carbon footprint is multiples of the average person's carbon footprint around the world. What would the world look like if everyone lived Ford's lifestyle?" wrote one Twitter user. 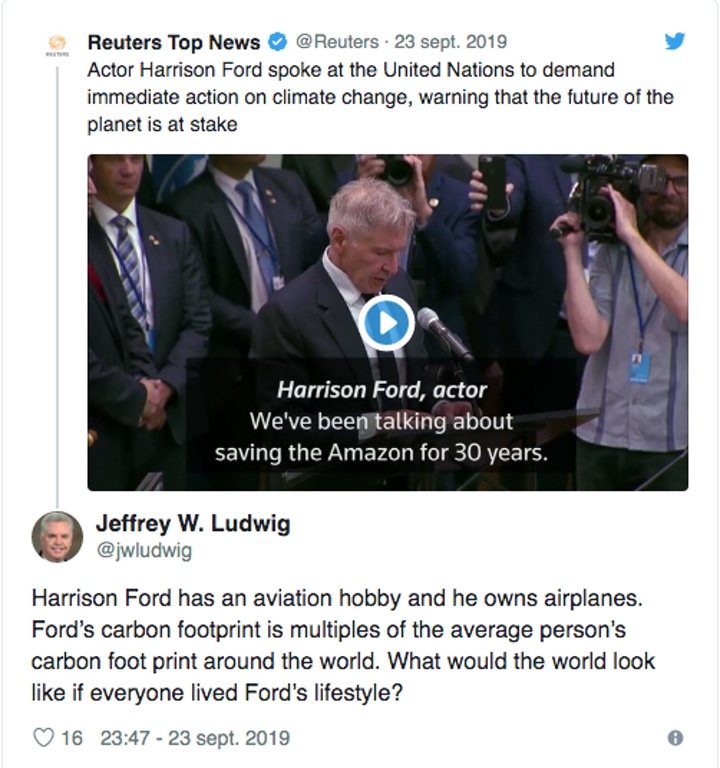 In spite of this social blunder, Ford continues his career with a particular goal in mind, and it is no other than taking to the screen in the fifth instalment of the franchise about the bravest archaeologist in cinema. 'Indiana Jones 5' remains in preproduction, but it seems that it's finally began to see the light at the end of the tunnel. Screenwriter David Koepp has assured us of his return to the writer's room and has said that he truly believes that this time they have a good idea in the works. Furthermore, Ford promises that he won't be passing the whip on to anyone any time soon because he, and no-one else, is the Indiana Jones.