Ian Somerhalder ('V-Wars'): "These vampires are not like those from 'The Vampire Diaries'... They're terrifying"

What is it with Ian Somerhalder and vampires? Two years after the finale of 'The Vampire Diaries', the American actor is set to return to our screens, this time around in collaboration with Netflix and 'V-Wars', a series that revolves around the unleashing of a virus that attacks people's DNA, transforming them into vampires. Somerhalder assures us that the vampires of 'V-Wars', however, are nothing like the brooding immortals we saw on the show broadcasted by The CW. These "creatures", as Somerhalder refers to them, "were created with an incredible effects team" that poured such effort into the design that the end result was frightening even to the actors, Somerhalder confesses.

Despite the vampiric storyline, 'V-Wars' delves into a world plagued by a threat that is far from fictitious: climate change. In fact, the virus that sets the plot of the series in motion spreads as a result of the deterioration of the glaciers and the melting ice caps. "The show deals with a lot of the cultural things that we're dealing with right now: borders, racism, disease...", explains the actor, who also goes on to stress that a core aim of the series is to convey the realities of the world without imposing a specific, closed point of view on the audience.

The American actor plays Dr. Luther Swann, a character that forms part of the "good guy" camp, but who also hides a dark past of his own. The impulse to hide these secrets leads to an internal struggle as Swann fights to maintain composure in the face of unavoidable truths. This inclusion of a dark side to Dr. Luther Swann was a carefully considered move on the part of the writers. "What we found out was that people don't want an ordinary hero", says Somerhalder. "They want an extraordinary hero. We re-wrote the end of the show to express that". 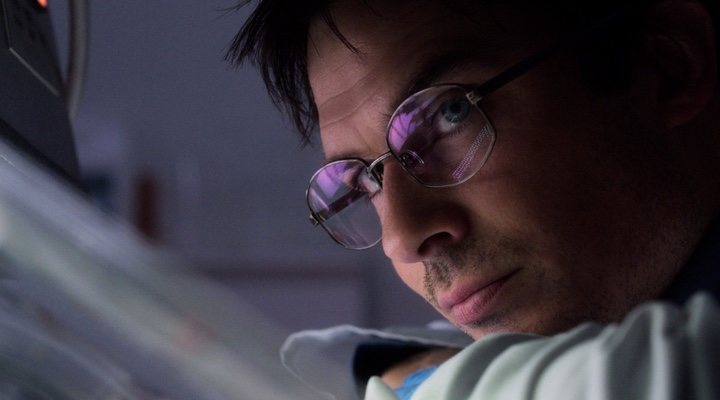 So what if the audience comes after his blood?

Ian Somerhalder boasts a career spanning almost twenty years, although it was without doubt his role as the sexy and sardonic Damon Salvatore on 'The Vampire Diaries' that shot the actor to stardom. This experience in the public eye led to Somerhalder paying close attention social media, through which he noticed that people are far more willing to make harsh comments when they're hiding behind a screen, protected by the armour of anonymity. "If you don't like the show, I totally respect that. I love [hearing] your opinion. Even if it's brutal and goes for the jugular, I love it. It's more ammunition for me".

The first season of 'V-Wars', formed by 10 episodes, hits Netflix on the 5th December.