Two years ago, more than 30 years after the publication of Stephen King's best selling novel, Pennywise made his way to the big screen to terrorise the streets worldwide in the first instalment of 'It'. Now, the horrifying clown is back again in 'It: Chapter 2', the adaptation of the second half of King's novel when the young children return to Derry as adults to face Pennywise once more. At long last we have the first trailer:

27 years after the the children from the Losers Club apparently defeated Pennywise, our protagonists have all grown up and return to their hometown where the clown has prepared a plethora of terrors for the heroes. Starring in this sequel are James McAvoy and Jessica Chastain as the adult versions of Bill Denbrough and Beverly Marsh. Also appearing in the cast is Bill Hader (Richie Tozier), Isaiah Mustafa (Mike Hanlon), Jay Ryan (Ben Hanscom), James Ransone (Eddie Kaspbrak), and Andy Bean (Stanley Uris), with Bill Skarsgard returning once more to the terrifying role of Pennywise. Andy Muschietti has returned as director and Gary Dauberman ('Annabelle: Creation') is being the script. 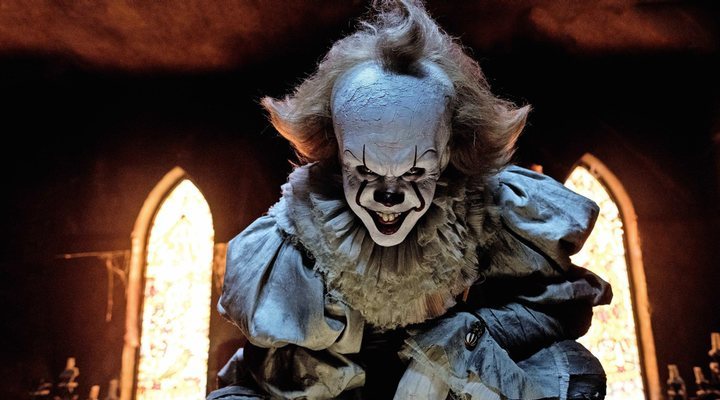 Anyone who has read the original novel will surely have an idea about what is to come, but for those who have not, Chastain has personally issued a warning that in this sequel there will be far more blood. Pennywise returns to cinemas on 6th September, are you ready to meet him in Derry?