After taking various film festivals and award ceremonies by storm for his portrayal of Arthur Fleck in 'Joker', the 92nd edition of the Academy Awards was the final hurdle that Joaquin Phoenix would have to jump to become one of the most lauded actors of this year's awards season. And, to the surprise of very few, Phoenix emerged from last night's Oscars victorious, with the golden statuette for Best Actor clasped firmly in hand. When he took the award from presenter Olivia Colman, however, Phoenix did not dwell too long on the accolade itself before using the platform to speak out about global concerns. Much like he did at the Golden Globes and the BAFTAs, Phoenix moved audiences at the Dolby Theatre in Los Angeles and at home alike with one of the most heartfelt and earnest speeches of the entire gala. 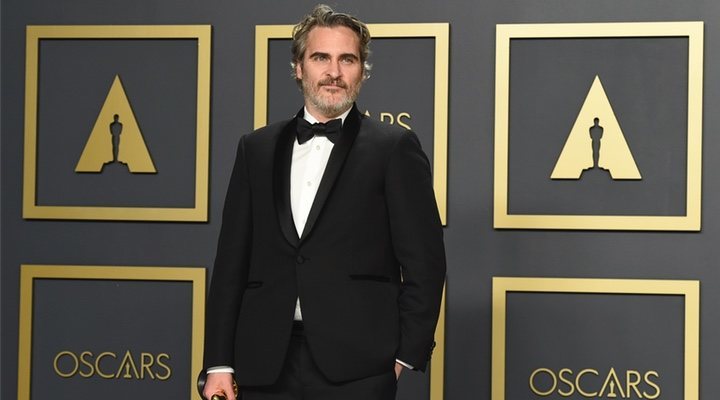 This is not the first time that Phoenix has gotten political in Hollywood. As a committed vegan, it was Phoenix who pushed for the awards to offer a menu completely free of animal-based products. His acceptance speech touched on his veganism, specifically extending to a reflection on the injustice of the dairy industry and production chain. Phoenix also mentioned LGBTQ+ rights, gender equality and the rights of the indigenous community amongst some of the most popular and pressing causes of the current era. Despite his sweeping call for justice, the actor was also self-critical in his delivery, admitting to the mistakes he has made in the past and thanking the world of filmmaking for its support, calling for compassion and education instead of the cancellation culture that currently surrounds us.

The most moving moment of the speech, however, was when Phoenix tearfully spoke of his brother River Phoenix. The star of 'Stand By Me', 'Dogfight' and 'My Own Private Idaho', River Phoenix passed away at the tender age of 23 and has been cited by Phoenix as a major inspiration across the awards season. You can watch Phoenix's speech and read it in its entirety below.

Joaquin Phoenix: "That's when we're at our best?when we support each other. Not when we cancel each other out for past mistakes, but when we help each other to grow, when we educate each other, when we guide each other toward redemption." https://t.co/8kz7m5vtnF #Oscars pic.twitter.com/z9bymMr5bR

I think we've become very disconnected from the natural world. Many of us are guilty of an egocentric world view, and we believe that we're the centre of the universe. We go into the natural world and we plunder it for its resources. We feel entitled to artificially inseminate a cow and steal her baby, even though her cries of anguish are unmistakeable. Then we take her milk that's intended for her calf and we put it in our coffee and our cereal.

We fear the idea of personal change, because we think we need to sacrifice something; to give something up. But human beings at our best are so creative and inventive, and we can create, develop and implement systems of change that are beneficial to all sentient beings and the environment.

I have been a scoundrel in my life, I've been selfish. I've been cruel at times, hard to work with, and I'm grateful that so many of you in this room have given me a second chance. I think that's when we're at our best: when we support each other. Not when we cancel each other out for our past mistakes, but when we help each other to grow. When we educate each other; when we guide each other to redemption.

When he was 17, my brother wrote this lyric. He said: "run to the rescue with love and peace will follow"."