Towards the end of 2018 fans of the DC 'Batman' universe were lucky enough to get a sneak peak of varias photos from the set of the new 'Joker' film which the director, Todd Phillips, uploaded to his Instagram account. In addition to this, several photos and videos were leaked from the shoot, giving potential further insights into the film, which will star Joaquin Phoenix as the infamous villain. However, according to theories from Revenge of the Fans, the material may well have been purposefully leaked with the intention of throwing fans off the scent. 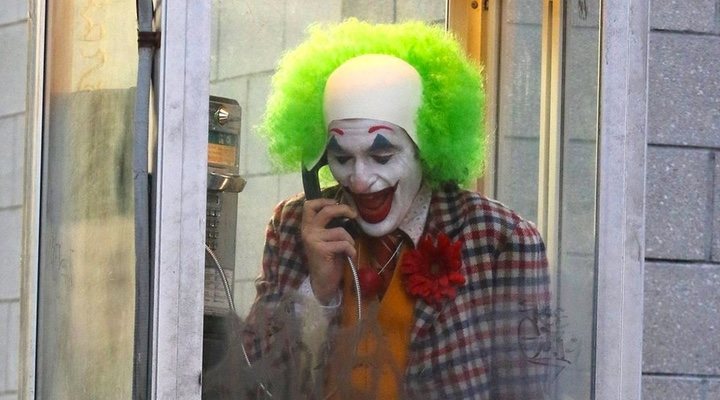 In these images we are only able to see small details about the film: Phoenix dressed as a clown, a scene in which the Joker is terrorizing civilians on the subway, and the Batmobile. We were also able to see the first image of Zazie Beetz as Sophie Dumond.

Supposedly, however, all of this is an elaborate facade to hide the true plot from fans of the comics. The adjectives which are floating around in these rumours describe the real plot of the film as "heartbreaking", "painful" and "tragic", saying that it will follow the same politically charged lines as 'V for Vendetta', but with criticisms aimed towards the current President of the United States.

Other rumors currently circulating about the film say that Martin Scorsese, the film's producer, will be making his own clear mark on the film. His past films as a director, such as 'Taxi Driver' and 'The King of Comedy' will apparently be big influences in Phillips' tale. 'Joker' will be coming to cinemas on 4th October; we shall have to wait until then to know if the rumors have any grounding in the reality of this mysterious film.