'Money Heist': Netflix Dropped the Trailer for Part 4 and We Have Questions

It's been a long and tedious wait since July 2019 for fans of the Spanish thriller series 'Money Heist' (originally called 'La casa de papel') to discover what twists, turns and heart-stopping shocks the fourth part of this Netflix series has in store. The fast-paced third season left us with a whole horde of mysteries that demand solving, from Nairobi's true fate to how the heist crew plan to go up against the Spanish government, and the answers lie in Part 4, which is set to launch on Netflix on the 3rd April. At long last, Netflix has dropped the trailer for this next instalment in the critically acclaimed series and the action-packed two minutes has fans more desperate than ever to get their hands on this next batch of episodes.

The third season ended with a high-stakes confrontation between our merry band of thieves and Inspector Alicia Sierra (Najwa Nimri). After fan favourite Nairobi was left to succumb to her injuries, with her fate currently remaining unconfirmed, viewers waited with baited breath to see how The Professor and co would react to their economically-driven heist transforming into a deeply personal revenge conflict. The actor behind The Professor, Álvaro Morte, recently confirmed that the fourth season is "going to be very different from the third part, and much darker", which suggests that whatever Nairobi's fate may be, the crew will not take this blow against their own lightly.

The third part of 'Money Heist' made television history when it became the most-watched Netflix series or film of all time across several global territories, proving that Netflix's fostering of non-English language projects was paying off in the world of streamable content. Although the tagline that appears in the trailer for Part 4 reads "let the chaos begin", it may be more accurate to say "let the hype begin", as the incredible success of Part 3 has led viewers to nurse high expectations for this upcoming instalment. 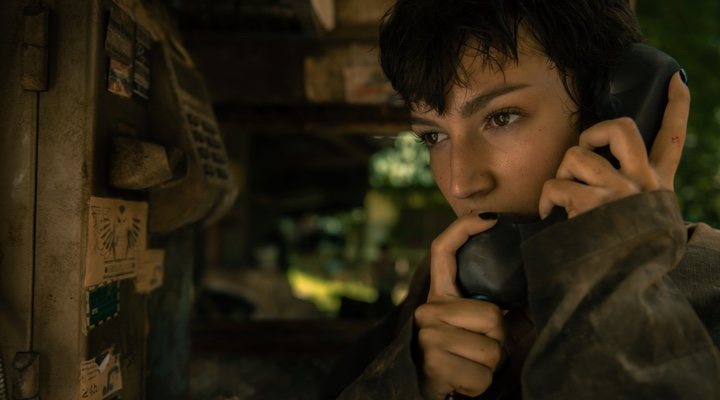 Amongst those returning to the cast for Part 4 are Álvaro Morte, Úrsula Corberó, Jaime Lorente, Miguel Herrán, Esther Acebo and Itziar Ituño. The fourth instalment of 'Money Heist' will hit Netflix on the 3rd April.