The Oscars 2020: Why it's hypocritical for the Academy to pose as champions of feminism

"We just wanted to stand here together", said Sigourney Weaver, hugging Gal Gadot and Brie Larson close like the poster girl trio for Academy-approved feminism, "and say that all women are superheroes". This sickeningly sweet statement is emblematic of the sort of feminism broadcast by the Academy Award ceremonies of recent years: staged, cliché and lacking the action needed to make the words feel like a reality. 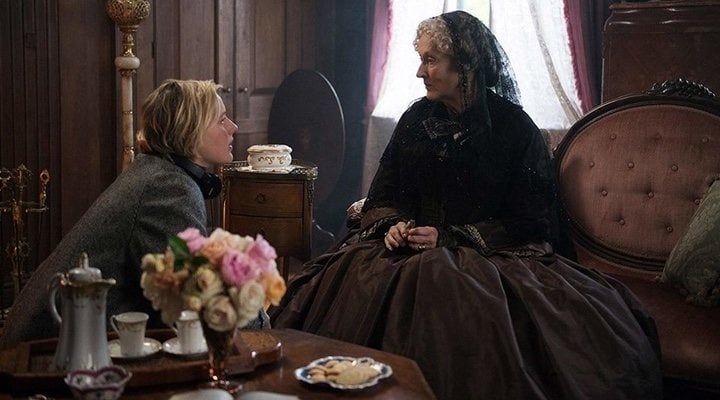 There was an uproar earlier this year after the nominees for best director at the 92nd Academy Awards were announced and female directors were conspicuous for their absence. With the outcry threatening to plunge the Academy into a repeat of the #oscarssowhite scandal, it was clear that they had no choice but to acknowledge the continued inequality within the industry if they wanted to save face. The way that they chose to acknowledge this, however, was a strange combination of try-hard quips and near-condescending statements like those of Weaver that seemed more, well, "Hollywood" than genuine. The words "all women are superheroes", whilst nice enough in their essence, feel somewhat empty when you realise that that's all they are: words. Without action to accompany them, without the presence of female directors or a healthy respect for equality within the film industry, this brand of feminism feels skin-deep, shallow, a few scripted lines designed to soothe the rage of the critics out there and allow the Oscars to carry on without something as inconvenient as feminism getting in the way. It's the Hollywood of feminism: staged, plastic, fake, designed for flashy lights and profit. The speech itself becomes all the more cringeworthy when you realise that the three accomplished actresses were there to introduce the maestra, Eimear Noone, who was there to conduct the orchestra in the build up to the announcement of the best original score. Noone is, as the speech stresses, the first female maestra to conduct at the gala in its 92 years, yet they only chose her to conduct for this one very well-televised segment. If the Academy had truly wanted to push for equal opportunity, why not grant Noone the responsibility of conducting the entire ceremony? The fact that Noone was only present for this heavy-handed female superheroes comment supports the theory of Hollywood-ified feminism: it's there for show, and nothing more.

Many of the films nominated at this year's gala have included moments that assert feminist thought and the experience of womanhood with sophistication and aplomb. Whether it is Laura Dern's monologue in 'Marriage Story' about the double standards that apply to mothers or Florence Pugh's Amy March calmly explaining the necessity of marrying rich as a woman in a man's world to a privileged and arrogantly sprawled Timothée Chalamet in 'Little Women', these films manage to cut straight to the heart of gender inequality without ever portraying the women as helpless victims. These scenes are not trying to be edgy, forced or "woke"; they're trying to be honest.

That is where the 2020 Oscars slipped up: they put so much time and effort into seeming "woke" rather than pouring their efforts into actually educating themselves and adapting their systems to facilitate equality. They veer between oversentimentalising feminism with cheesy statements like "all women are superheroes" or trying to bring it down to earth with jokes like Gal Gadot's "the loser gets to answer a question from journalists about how it feels to be a woman in Hollywood" or Chris Rock's quip that the directorial category was missing "vaginas". Until they're willing to actually put the change into action, however, by changing the industry so that there is more opportunity for filmmakers regardless of gender, sexuality or ethnicity, these words fall flat because there is simply no evidence that the Academy means them in earnest. It's just another part of their campaign. 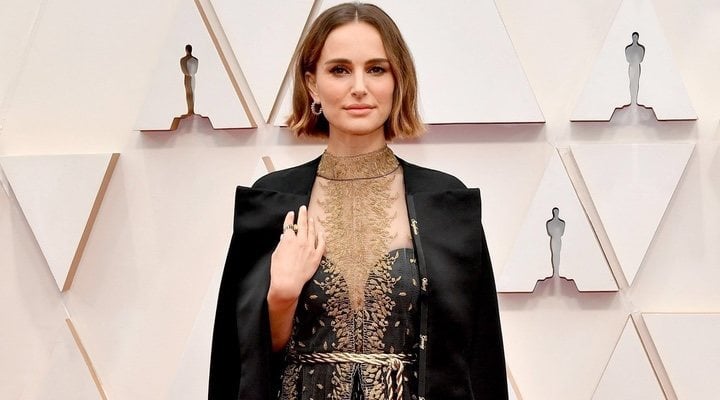 That's not to say that it is wrong for celebrities to use their platform and that of the Oscars to shed light on inequality within the industry. Natalie Portman striding down the red carpet in a Dior cape embroidered with the names of female directors that had been snubbed and Hildur Guðnadóttir earnestly accepting her award for best original score ("to the girls, to the women, to the mothers, to the daughters who hear the music bubbling within, please speak up...we need to hear your voices") stand out as some of the most moving moments of the night. Yet this is because it comes from a place of genuine desire for change. Natalie Portman has long since been a spokesperson for gender equality in the industry and Guðnadóttir's appeal to other young female musicians like her show that she is aware of the gender divide in the industry. Their words are supported by action, by creation, by efforts. Their belief in feminism and equality rings true, whilst the empty and scripted promises of the Academy do not.

#OscarsSoHypocritical: What Has to Change

The problem with the Oscars-approved brand of feminism comes down to hypocrisy. The fact is, they cannot stand there and claim to believe all women are superheroes when it's the Academy itself that are standing on their capes, preventing them from flying.

According to The Hollywood Reporter, after the #oscarssowhite debacle, 2000 new voters were added to the Academy ranks, making the total number of voters around 8000. Despite this, only 28% of voters are female and an appalling 13% are BAME. The overwhelming majority of white men amongst the voters has an undeniable impact on the films that are nominated and go on to win. Amy Pascal, a producer behind 'Little Women', said that when the film held screenings specifically for Academy voters, two times more women than men attended despite there being 72% more men than women amongst those eligible to vote. From Pascal's point of view, as told to Vanity Fair, this points to an "unconscious bias" within the industry in which male voters, perhaps unintentionally, look at films with gendered titles such as 'Little Women' and 'The Irishman' and think "these kind of stories are important to me, and these kinds of stories are less important to me". If the demographic that makes up the majority of voters aren't attending female-directed films, those films simply won't be nominated and the gender imbalance within the directorial category will continue. The evidence for this is everywhere. Over the 92 years of Academy Award galas, only five women have ever been nominated for best director, with only one actually winning the golden statuette (Kathryn Bigelow for 'The Hurt Locker' in 2008). Over the past decade, only one of the best film winners has featured a female protagonist (Guillermo del Toro's 'The Shape of Water' in 2018). Until the Academy and its voters change their behaviour to give these films a fighting chance, gender inequality will prevail, no matter how much the Academy boasts of its love for superhero women during the ceremony.

In short, if the Academy wants to do away with its hypocritical calling out of gender inequality, it needs to start taking the necessary measures to ensure that women and ethnic minorities have the same opportunities to be nominated as white men do. White male voters need to attend the screenings hosted for them by female-directed movies. The Academy needs to contract voters that are more representative of the diverse world that we live in today. Studios need to take more of a chance on female directors, given that out of the top 100 highest grossing films of 2019, women represented a mere 12% of directors. It's no use cracking jokes or whispering sweet nothings about the power of women if the Academy doesn't intend to implement real change. It's condescending, ineffectual and shallow. It is, in short, Hollywood.