Rupert Grint confesses: "There were definitely times when I thought about leaving [Harry Potter]"

Rupert Grint said goodbye to his wand and the role of Ron Weasley seven years ago, yet the actor continues to be tied to the image of this character. In a recent interview with The Guardian he opened up about the other ways in which his role in the 'Harry Potter' saga changed his life forever, and about how he wants to move forward. 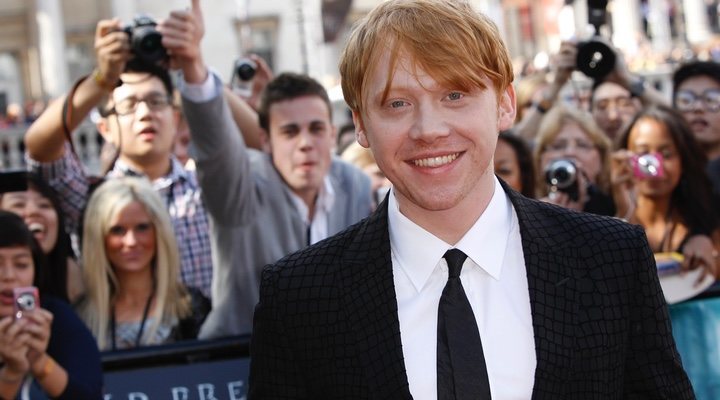 "For the first fewô 'Harry Potter'ô films I was living the dream. The reason I auditioned was because I loved the books. When I got to film three or four, I started to feel an overwhelming weight of responsibility because they were so phenomenally popular." The actor, who describes himself as an "introvert", confessed that the red carpets became intimidating and were not for him. "There were definitelyô times when I thought about leaving. Filmingô Harry Potterô was a massive sacrifice; working from such a young age for such long periods."

Grint acquired the role of Ron at the age of only eleven and continued to play the part for more than a decade. "The line between Ronô and me became thinner with each film and I think we became virtually the same person. There's a lot of me in Ron and moving on was a massive adjustment because it was such a constant part of my life. I don't want to liken it to coming out of prison because it wasn't a prison, but it did feel like stepping out of an institution." It seems that 'Harry Potter' was not all sunshine and roses for the young actors, and Grint says that he is happy that it came to an end when it did, as all of the stars were in need of a change of scene.

The actor admitted that it felt strange to reach 30. With regards to his professional career, he wishes to continue "playing interesting characters", and his appearance has already been confirmed in a new Apple series, directed by M. Night Shyamalan ('Glass'). On a more personal note, the actor said that he did want to have a child soon, but, luckily for his child, he assured readers that he would not be calling it Ron: "It's quite a good name, but probably not. And Grint's a tough name to pair a one-syllable first name with."