Scott Derrickson has stepped down from his position as director of the sequel to the 2016 'Doctor Strange' starring Benedict Cumberbatch, though he remains attached to the project as executive producer. Despite the fact that this sudden departure has been handled with a notable lack of melodrama on both sides and appears to be somewhat friendly given the fact that Derrickson remains involved in the film's production, the split certainly seems far from coincidental. As noted by Variety, both Marvel, in their official statement regarding the director's departure, and Derrickson, through his Twitter account, used the loaded phrase "creative differences" when talking about the rupture between filmmaker and film studio. In all honesty, Derrickson's departure from the 'Doctor Strange' sequel seems to speak to the challenges faced by directors looking to put their own stamp on a franchise ruled with an iron fist. Though Marvel's strict rules regarding the direction of the franchise certainly come in useful when weaving their intricate web of crossovers across both the big and small screens, such an unyielding vision of the MCU's future can pose an insurmountable obstacle to the filmmakers looking to put their own creative spin on a film within the franchise. When a directorial force such as Derrickson meets an immovable object such as Marvel Studios, the creative process reaches a standstill, as illustrated by Derrickson's situation.

Marvel and I have mutually agreed to part ways on Doctor Strange: In the Multiverse of Madness due to creative differences. I am thankful for our collaboration and will remain on as EP.

"Marvel and I have mutually agreed to part ways on 'Doctor Strange in the Multiverse of Madness' due to creative differences. I am thankful for our collaboration and will remain on as EP," announced Derrickson on his Twitter account in a mild-mannered statement that seems to dull in comparison to the enthusiasm that Derrickson had shown towards the project when he was first brought on board. Indeed, once the project was green-lit by Marvel, the rumours and whispers surrounding the tone to be taken on by the sequel to what was a fairly typical comic book adaptation suggested that Derrickson intended to take 'Doctor Strange in the Multiverse of Madness' in exciting new directions that would have breathed new life into the established formula. As Derrickson said at the Marvel Studios' Hall H presentation: "If I'm going to do it, it has to go into the territory that drew me into the Doctor Strange comics in the first place, which is how they dipped into the gothic and the horror and the horrific, and we're going to make the first scary MCU film". The combination of the legacy left by the fabulous first instalment with Derrickson's directorial credits as a champion of the horror genre with features such as 'Sinister' and 'The Exorcism of Emily Rose' promised that this next stage in the 'Doctor Strange' saga would be even more exciting and innovative than the first. So the question is why did Derrickson choose to abandon his vision in favour of an executive producer chair? 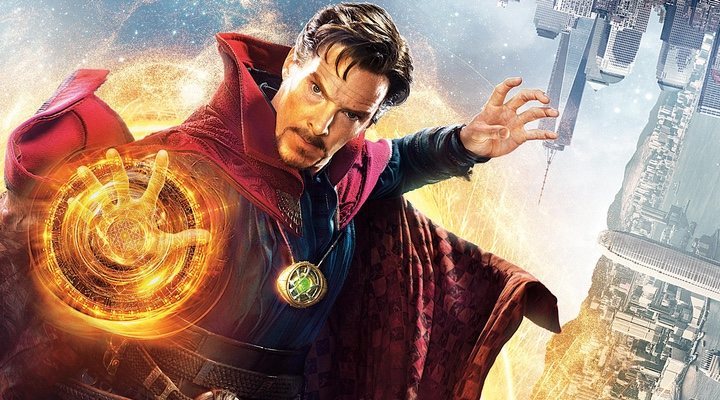 The answer appears to point to the president of Marvel Studios, Kevin Feige. Feige made it clear that excessive horror has no place in the Marvel Cinematic Universe beyond short sequences when he stated that fans were mistaken in referring to the sequel as a horror film. During his Q&A with the New York Film Academy, Feige explained his view of the role of horror in Marvel by referring to some memorable film sequences from his childhood. "There are horrifying sequences in 'Indiana Jones and the Raiders of the Lost Ark' that made me, as a little kid, cover my eyes. Or 'Temple of Doom', of course, or 'Gremlins' or 'Poltergeist'... These are the movies that invented the PG-13 rating; they were PG and they were like 'we need another rating'. But that's fun, it's fun to be scared in that way and not a horrific, torturous way...scary in the service of an exhilarating emotion". Perhaps, then, if Derrickson had indicated that he'd like to push beyond the boundaries of this PG-13 terror in 'Doctor Strange: In the Multiverse of Madness', it led to Marvel Studios worrying about whether the tone of the film would be compatible with their ultimate vision for the franchise.

The Conflict of Creative Freedom with Crossovers

This conflict does not simply come down to what Marvel wants or prefers - it's about what they can, and will, allow. Back in 2014, Marvel fans responded with overwhelming positivity to the unusual tone and style of 'Guardians of the Galaxy', but this was back in a simpler age in which the plots of the various Marvel movies had begun to converge, but nowhere near to the extent that they have in the run-up to Phase 4. With 'Doctor Strange', in particular, things grew more complicated when it was announced that the sequel will connect closely with the Disney+ series 'WandaVision' through the theme of multiverses. The conflict is not about creating a sequel to a film about a not-so-popular comic book character that ended up so well-received by critics that it gained over 600 million dollars at the box office despite only having a budget of 100 million dollars - it's about how in forging links between various films, characters, series and sagas, Marvel Studios has begun to back itself into a corner regarding how much creative freedom they can allow if they want the franchise to continue as a cohesive unit. For many filmmakers, the opportunity to work with such a famed and technologically innovative studio on projects of such incredible scale is one of dreams. However, this could very easily change as more directors and creatives realise that despite opening up this expansive world of superheroes and alternative universes, their own creativity may be impaired as a result of Marvel's ambitious, multi-chapter vision.