From 'Snow White and the Seven Dwarfs' to 'Frozen 2': The Evolution of Disney Princesses

"It's the princess industrial complex", complains Melissa Silverstein, founder of the Women and Hollywood initiative and website. "We've been teaching girls (to) wear pink, look pretty, wear makeup. This is not the stuff that helps girls become empowered young women. This is the stuff people use to keep women docile". Silverstein is not the first to accuse Disney Princesses, a multi-billion dollar industry based somewhere in the tallest tower of the house of mouse, of choosing stories that encourage young women to be obedient instead of unruly, quiet instead of outspoken, princesses instead of villains. 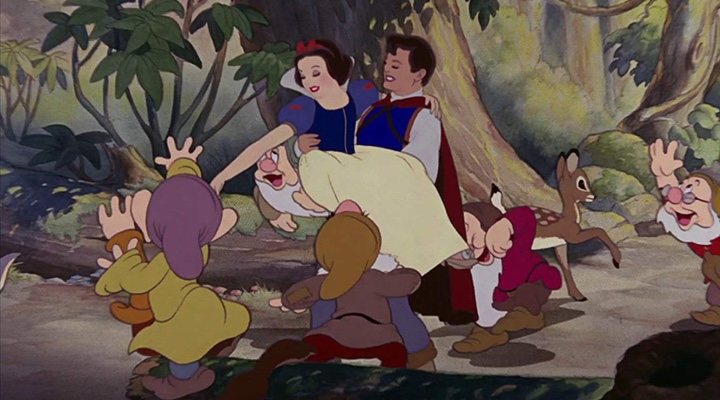 Since the release of the pioneering Disney animation 'Snow White and the Seven Dwarfs' in 1937, princesses have become somewhat of a cultural phenomenon, with young children around the globe dreaming of ballgowns, pumpkins turning into carriages, and adventures that go on until the last stroke of midnight. But is Disney able to make these stories relevant to a twenty-first century audience without perpetuating gender stereotypes better left to the past?

In honour of the release of 'Frozen 2' this November, we've charted the dramatic evolution of Disney Princesses from the 1930s to now to explore how these iconic film figures have changed against the backdrop of feminist movements. After all, why wait for a prince in a locked tower when you can break the door down and go explore the world for yourself?

The long and lucrative life of the Disney Princesses industry began with the holy trinity of royals to hit screens in the early and mid-twentieth century: 'Snow White and the Seven Dwarfs' (1937), 'Cinderella' (1950) and 'Sleeping Beauty' (1959). These stories of darkened forests and glass slippers and cursed spinning wheels are not entirely without their feminist moments; all of the narratives focus on women as the protagonist of their own stories. When one considers that these films premiered before the Equal Pay Act, the Violence Against Women Act or the invention of the contraceptive pill, even these small sparks of feminist fire seem like victories. 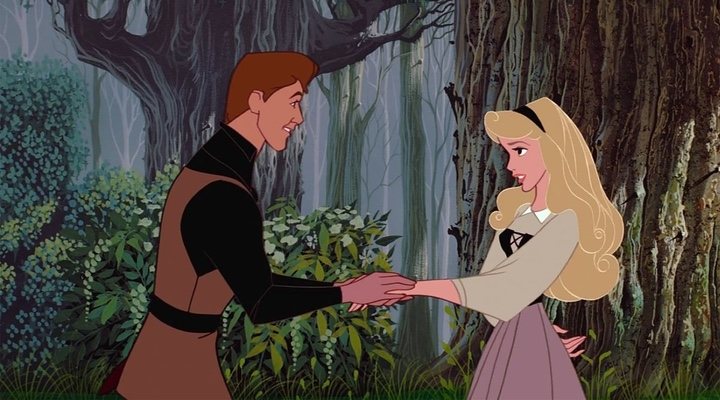 However, the emphasis on beauty, domesticity and male saviours in the cinematic trio is impossible to ignore. 'Snow White' and 'Sleeping Beauty' are both envied for their physical appearance, with Queen Grimhilde jealous of Snow White for being "the fairest in the land", and Sleeping Beauty receiving beauty and song as the two gifts from her fairy godmothers. All three women are saved by men either from death or, in the case of Cinderella, from poverty. Snow White has an entire song ('Someday My Prince Will Come') about how she'll wait for a man to bring her happiness rather than search for it herself, and let's not forget that both Sleeping Beauty and Snow White are kissed passionately by men whilst unconscious.

The first era of Disney Princesses, therefore, offered audiences female-led narratives in which the inner lives of women were explored, but the passivity of the female characters leaves a lot to be desired from a twenty-first century perspective.

After 'Sleeping Beauty', Disney and princesses had a rather lengthy separation. As Faith Moore, the author of 'Saving Cinderella: What Feminists Get Wrong About Disney Princesses And How To Set It Right', points out, there was a thirty year gap between the release of 'Sleeping Beauty' in 1959 and Disney's next princess movie, 'The Little Mermaid', in 1989. Between these two films, the world of gender politics was revolutionised with the rise and decline of second wave feminism, which had the famous slogan of "the personal is political", a comment on how the personal experiences of women are reflected in larger social and political frameworks. It was through this lens that Walt Disney Studios returned to the princess narrative, this time with a far greater emphasis on women making their own decisions. Things got personal (and political) indeed. 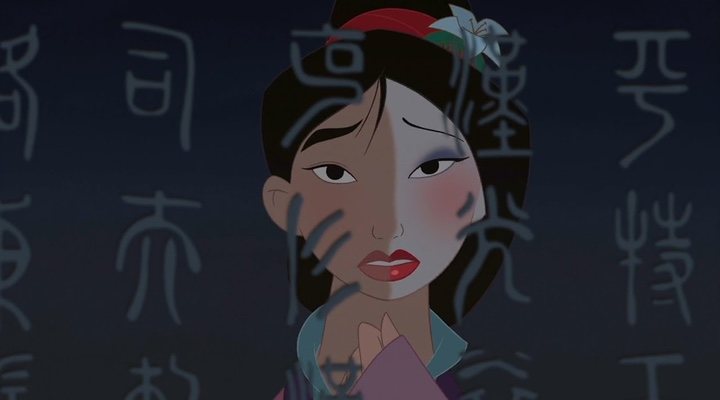 From Ariel in 'The Little Mermaid' to Mulan in 'Mulan', princess narratives were suddenly led by women who pursued their goals, whether that be a man, a voice, or saving the entirety of China, in a refreshing contrast to the passivity of the princesses of days gone by. Though love stories still remained an iconic thread of these films, Disney began to question dynamics of equality within them, with Belle turning down the arrogant Gaston in 'Beauty and the Beast' and Jasmine in 'Aladdin' standing up for herself in a passionate speech in which she insists that she is not a "prize to be won". This second wave of Disney Princesses challenges the objectification that Silverstein takes issue with in the "princess industrial complex". Mulan wishes to be seen for who she is in the song 'Reflection', and Belle, though beautiful, seeks to be valued for the intelligence that people disparage over the physical attractiveness that people praise.

This second wave of Disney also brought princesses of colour to the big screen with Pocahontas ('Pocahontas'), Jasmine ('Aladdin') and Mulan ('Mulan') and, for the first time, young women of colour were able to see themselves as the heroines of animation instead of sidekicks or afterthoughts. Disney no longer pretended that their princesses only came in one shape, size and ethnicity - princesses were as diverse as real women were, and their stories deserved to be told.

Over the past decade, audiences have seen Disney widen the scope of princess narratives to represent a range of feminine experiences, from Moana ('Moana') seeking independence to Anna ('Frozen') seeking support. There is no right way to be a woman, or to be human, modern Disney suggests. They are all worthy stories to tell.

Furthermore, for the first time in Disney's history, a greater emphasis is now placed upon the relationships between women. Gone is the jealousy between the Witch and Snow White or Ursula and Ariel. Now, viewers are presented with the fierce maternal/filial bond between Merida and Queen Elinor in 'Brave' and the unbreakable sisterhood between Anna and Elsa in 'Frozen'. The importance of ethnic diversity also continues to form part of the discussion through characters such as Tiana in 'The Princess and the Frog' and Moana in 'Moana'. 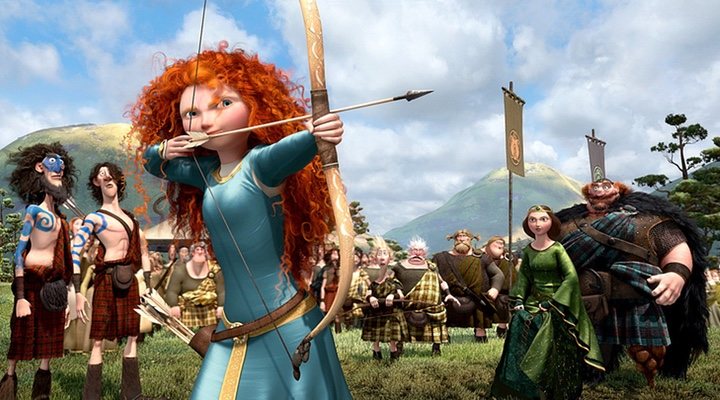 Love stories are still present, but the focus has shifted to the importance of choice. Some, such as Moana, Merida and Elsa, have journeys that focus entirely on their personal growth and goals, without a prince in sight. When Merida shouts that she will be "shooting for my own hand" in 'Brave' and Rapunzel swings her frying pan into Flynn Rider's smolder in 'Tangled', they are choosing to direct and divert their own narratives. Feminine autonomy and the importance of stories of women as individuals define the most recent wave of Disney princesses. They will no longer wait and sing 'Somebody My Prince Will Come'. They will go after what they want, whether it be a prince, power, or something else entirely, and they will do it like the queens they will one day be.

The future of Disney princesses

They've come a long way since their beginnings in 1937, but the future of Disney Princesses continues to look bright. 'Frozen 2' is set for cinematic release on the 22nd November 2019, and in our interview with producer Peter Del Vecho, he promised that the second instalment of this beloved franchise would foreground the powerful bond between Anna and Elsa, as well as showing Elsa to be more powerful and independent than ever. Whilst many fans were disappointed by the reveal that our favourite ice queen won't be getting herself a girlfriend in the sequel, we can only hope that with the leaps forward Disney has made in recent years, it won't be long until we see LGBTQ+ love stories on the screen. 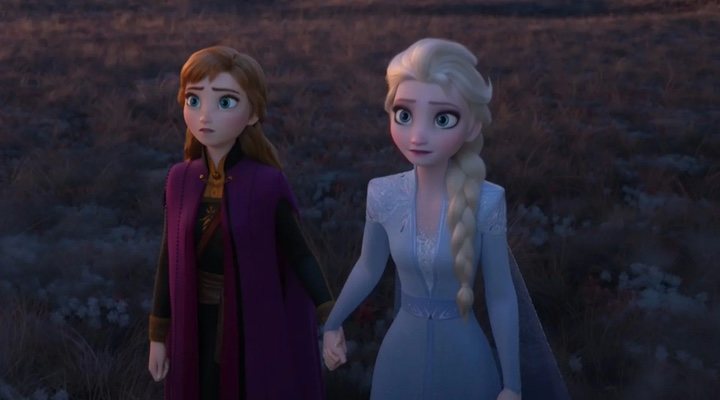 Also coming up soon is 'Raya and the Last Dragon'. Whilst Raya, much like Mulan, technically isn't a princess by rank, her story certainly deserves a place on the list of inspirational female-led stories set to be produced by Disney. This southeast Asian-themed animated flick will follow Raya (Cassie Steele), a passionate and brave warrior living in the ancient civilization of Lumandra, who sets off on a quest to find the last dragon in the land, Sisu (played by Awkafina). 'Raya and the Last Dragon' is currently set for release on the 27th November 2020 in the UK.