Never has an animated character's teeth caused so much controversy. Jeff Fowler's directorial debut based on the beloved Sega character Sonic the Hedgehog caused an uproar amongst fans when the trailer first launched due to the perceived "creepy" look of the character, with the blue hedgehog sporting a strangely humanoid appearance with hyperrealistic teeth and a rodent-like nose. The outcry was such that it prompted a complete redesign of the character, though even after bending to the will of the fans, it seems that 'Sonic the Hedgehog' still has not convinced the critics that it deserves a place in the Sega mythos judging by the first reviews. 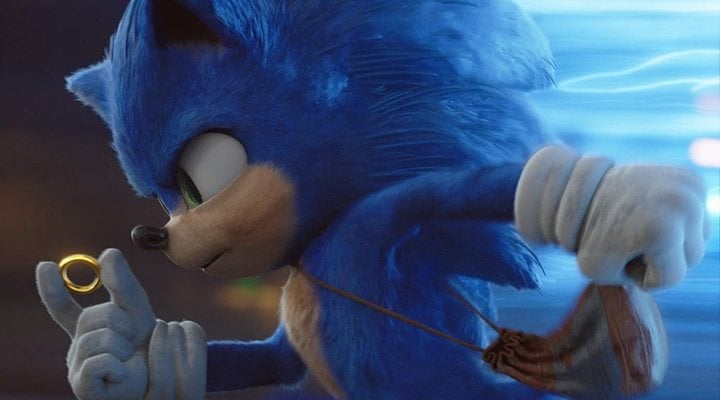 'Sonic the Hedgehog' brings the character from the 1991 video-game zipping onto the big screen. After a series of misadventures and mishaps, Sonic (Ben Schwartz) is blasted to our universe from his own supernatural dimension and settles in the rural town of Green Hills, Montana, where he struggles with the loneliness of this newfound existence. When the U.S. government finds out about his presence on their soil, they send the eccentric drone inventor Ivo Robotnik (Jim Carrey) to hunt him down. Sonic quickly ropes in the good-hearted local sheriff Tom Wachowski (James Marsden) to help him track down the bag of magic rings that will help him to evade Robotnik's greedy grasp.

The first reviews for this family friendly adventure are a truly mixed bag. Currently standing at a largely average 65% on Rotten Tomatoes after 98 reviews from critics, many praise the performances given by the central trio - that being Schwartz, Marsden and Carrey - but find both the plot and the jokes to be uninspiring, cliché and lacklustre. Even so, 'Sonic the Hedgehog' is predicted to dominate the box office this Valentine's Day weekend and is currently set to gross $50 million dollars during its opening run, beating out the other blockbuster of the month, 'Birds of Prey', which grossed $33 million over the same period. Will the performances of the comedic giant Carrey and ever-earnest Marsden be enough to save the film from a total critical flop? Here's what they have to say.

The Verdict: The humour is not as quick as the hedgehog

Let us start with the good news. Both James Marsden and Jim Carrey receive considerable praise for their roles as police sheriff Tom Wachowski and deranged villain Ivo Robotnik respectively. The New York Post gushes that "Carrey is back in peak comedic form", with Vulture agreeing that "Carrey is the film's most prized weapon, letting us wallow in the ridiculousness of this whole enterprise without ever holding himself above it". Whilst Simon Abrams from Roger Ebert was less of a fan of Carrey's performance, calling it "aggressively joyless", he awarded the film one star out of four due to the saving grace that was James Marsden's performance as the good-natured police office, saying that the actor "tries to rescue the movie by being confident and graceful in the face of an otherwise dire send-the-magical-critter-back-home kiddy fantasy".

There was also a general consensus that, much like Sonic the Hedgehog himself, the film was at its strongest when the pace picked up and the audience is forced to set off running. David Ehrlich from Indiewire praises Jeff Fowler for capturing "Sonic's madcap spirit during the two legitimate action scenes this movie affords him" but complains that "the fun dries up whenever things slow down". 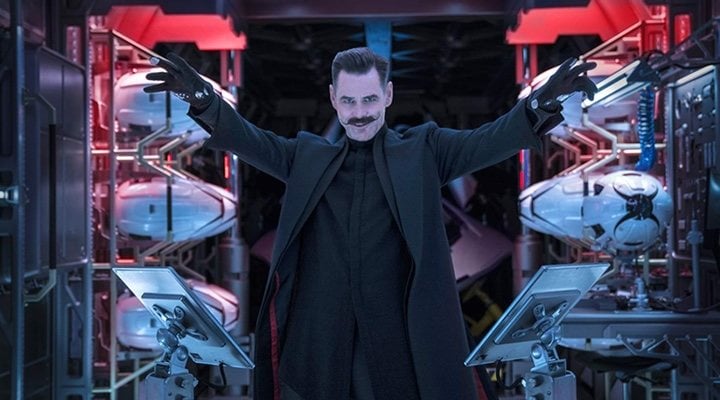 Indeed, the structure of the film attracted notable criticism for falling into the cliché and overwrought trope of "buddy comedy" films as opposed to trying something new and original with the video-game-meets-film format. David Sims from The Atlantic gives the film a review that is lukewarm at best, criticising "the lame, formulaic anonymity of Hollywood plotting" and questioning: "How did an adventure saga about a mystical hedgehog who battles with armies of aliens get turned into an odd-couple road-trip movie?"

Unfortunately, even following this formula, many critics sustain that 'Sonic the Hedgehog' does not even have the comedic chops to do justice to the "buddy comedy" subgenre. Indiewire ultimately awarded the film a C- for its efforts, bolding asserting that "Sonic has zero laugh-worthy lines". Roger Ebert agrees with this assessment, stating that the film "was seemingly made by an imaginatively bankrupt creative committee with more ideas for jokes than actual jokes to tell".

The film was also criticised due to the fact that what humour there is in the film seems strangely corporate and commercialised with several references to big corporations such as Uber, Amazon and Olive Garden that made the film seem like it is trying to sell more than it is trying to charm. Even Johnny Oleksinski of the New York Post, who offers the most positive review on this list, granting 'Sonic' 3 out of 4 stars, bemusedly questions "Why would a naive extraterrestrial hedgehog who innocently refers to the police chief as "doughnut lord" make a joke about Amazon using drones to deliver packages?" and Roger Ebert bemoans that such a corporate-based outlook makes the film feel "almost completely impersonal". Perhaps Sonic's hyperrealistic teeth and small eyes were not the problem that the production crew should have focused on in the edit.

'Sonic the Hedgehog' hits UK cinemas on the 14th February.