Just when you thought Disneyland could not get any more magical, Lucasfilm has changed the game for immersive theme park experiences for fans. In Disneyland Resort, Anaheim, California, Disney has teamed up with Lucasfilm creators to bring a new all-engrossing 'Star Wars' experience: 'Star Wars: Galaxy Edge'. The park is the size of five football pitches at more than 56.000 square metres. After four years in the making, the theme park has received its first round of guests in an opening ceremony attended by Disney CEO Bob Iger, creator of 'Star Wars' George Lucas, and members of the original cast: Mark Hamill, Harrison Ford, and Billy Dee Williams. 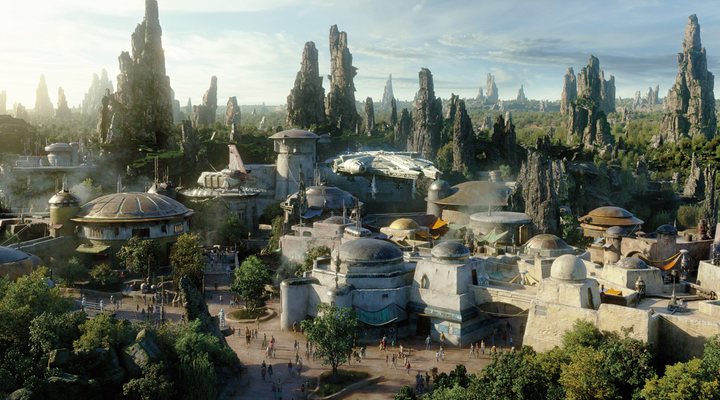 'Star Wars: Galaxy Edge' is the incarnation of the planet Batuu, a remote destination of the Outer Rim of the galaxy on the frontier of the uncharted region of star systems. Batuu is home to the infamous Black Spire Outpost, a trading port for smugglers and traders in which guests will encounter aliens, droids, market stalls selling exotic goods, and even have the opportunity to join a crew on their adventures. Guests can live out their 'Star Wars' fantasies; they can choose to pledge allegiance to the First Order, join the Resistance, or aid smugglers in this totally immersive 'Star Wars' world.

The theme park also offers two adrenaline-fuelled attractions , including the 'Millennium Falcon: Smugglers Run', where guests are able to climb into the cockpit of Han Solo's notorious spaceship and embark on journeys throughout the galaxy. By the end of this year the second attraction, 'Star Wars: Rise of the Resistance', promises to open. This ambitious project should immerse guests in a pivotal battle between the Resistance and the First Order. Other attractions include the opportunity to build your own lightsaber according to a unique 'Star Wars' personality test, try some of the galaxy's most varied cuisine, or use the exclusive mobile app to interact with your surroundings on another level. 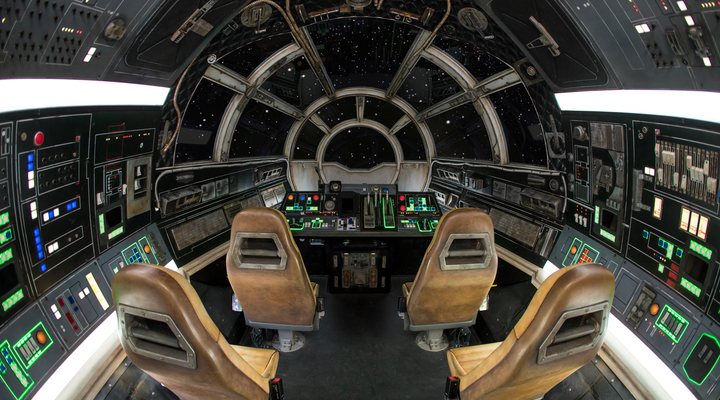 Chronologically, this corner of the galaxy is shortly after the events of 'The Last Jedi', meaning that while you might cross paths with Rey, Kylo Ren, or Chewbacca, characters including Luke, Darth Vader, Han and Yoda will not be making an appearance. Speaking to The New York Times, Margaret Kerrison, who worked on the narrative arc of 'Galaxy Edge', explained this choice: "We wanted to create the deepest level of immersion possible, and those stories have already all happened; people know, even if it's on a subconscious level, that they don't belong in them".

The various journalists and reporters who were invited to experience this galactic adventure have shared their thoughts online. If one thing is clear, it is that this theme park not only meets all expectations, it exceeds your wildest dreams. Brooks Barnes from The New York Times said: "I was struck by the way Disney had created an earthy yet otherworldly place that seemed to bridge everything in the 'Star Wars' universe: movies, books, video games, TV shows". Matt Martin, a team member of the Lucasfilm story group, shared his experience building a custom lightsaber, calling it "seriously awesome".

#GALAXYSEDGE PRO TIP: For the ultimate Star Wars personality test, build your lightsaber then use your chosen crystal in a holocron to find out what character you represent. (FYI, I was TLJ Luke and it hit home.) pic.twitter.com/CR6NrpfgEA

THREAD: Spent the day in #StarWarsGalaxysEdge and it's pretty amazing. Rode the Millennium Falcon ride 3 times. Roamed the markets, hung out at Oga's Cantina and lots more. Posting pics and video right here. Is it worth it for #StarWars fans? Heck yeah! pic.twitter.com/DZauxnBMFx

At the opening ceremony, George Lucas praised the efforts of the park's creators: "This thing is amazing. It's something you couldn't even dream about 20 years ago. I hope you enjoy it. It was a great experience for me. I think it will change your life". Dee Williams thanked the audience, and assured them, "you're going to love it just as much as I've loved being a part of this franchise". 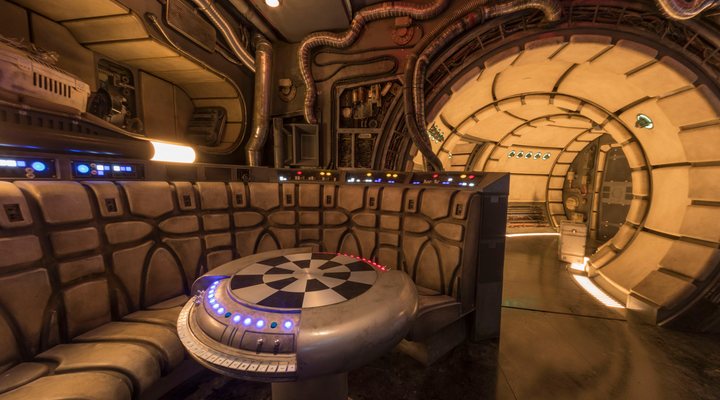 Finally Mark Hamill has some emotional words for the crowd: "I can't tell you how grateful I am to have been a part of [this franchise], to be associated with a character that represents optimism and hope. Thank you Disney and George Lucas for teaching the world a new way to dream".

Tickets are now available by online booking. Who else is looking up flights to California?