Taylor Swift's life often seems like an entertaining, if at times unbelievable, drama film. Raised on a Christmas tree farm in Pennsylvania and breaking onto the country music scene with a guitar and a girl-next-door charm before taking over pop music with a slew of catchy love song lyrics, Swift's story has "Hollywood" written all over it. With this in mind, it's not surprising that there is currently a Netflix documentary in production about the recent years of the singer-songwriter's life, or that die-hard fans were excited to see Swift perform a medley of her greatest hits at the American Music Awards (AMAs) on the 25th November. Like any good drama, however, there has now been a plot twist. 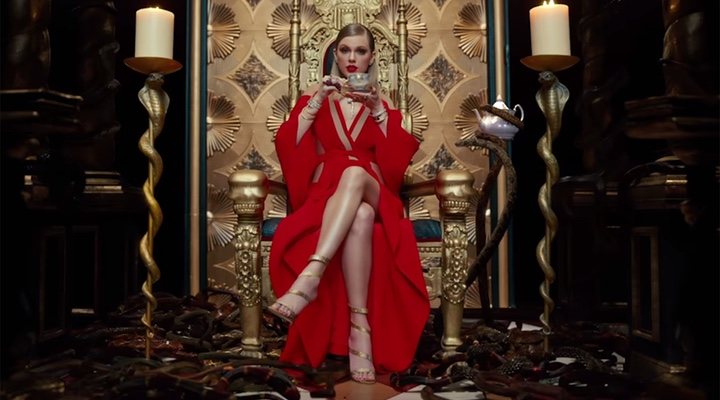 Yesterday, Swift released a statement on social media about how both the Netflix documentary and her AMAs performance may not go ahead in light of her feud with her former label, Big Machine Records, and producers Scott Borchetta and Scooter Braun.

Don't know what else to do pic.twitter.com/1uBrXwviTS

"(I) don't know what else to do", is the caption that Swift chose to accompany her following statement, in which she explains that "Scott Borchetta and Scooter Braun have now said that I'm not allowed to perform my old songs on television because they claim that would be re-recording my music before I'm allowed to this year". This refusal to grant Swift the rights to the works that preceeded her most recent album, 'Lover', also threatens to affect her Netflix collaboration, as the documentary may not be allowed to use clips that feature songs from their early era. "Scott and Scooter have declined the use of my older music or performance footage for this project, even though there is no mention of either of them or Big Machine Records anywhere in the film".

Scott Borchetta signed Taylor Swift when the singer was a mere 14-years-old, going on to record six albums alongside her (including the hits 'Red' and '1989') before Swift transferred to Universal Music Group in November 2018. Whereas at her new label, Swift has ownership of her own songs and recordings, Big Machine Records still holds the rights to her earlier works. Borchetta and Big Machine Records have told Swift that she can use her music only if she agrees to stop talking about both Borchetta and Braun publicly and to not re-record copies of her songs next year, two requests which Swift indignantly refuses in the statement, stating she is "both legally allowed to... and looking forward to" re-vamping her former hits. "The message being sent to me is very clear. Basically, be a good little girl and shut up. Or you'll be punished. This is wrong. Neither of these men had a hand in writing of those songs. They did nothing to create the relationship I have with my fans".

Speaking of fans, Taylor Swift needs an army in this battle for legal rights and who better than her own legions of followers to take up arms for her? In her statement, Swift explains that she has chosen to share this ordeal over social media in the hopes that her fans can reach out to Borchetta and Braun as well as the artists they the duo manage (which include the likes of Demi Lovato, Ariana Grande and Justin Bieber) to let them know how they feel. In doing so, Swift hopes to "change the awareness level for other artists and potentially help them avoid a similar fate".

"I just want to be able to perform my own music. That's it. I've tried to work this out privately through my team but have not been able to resolve anything," continues Swift. She concludes on an ominous note, warning that without the rights to her old records, many of her future projects could now be on the line. "Right now my performance at the AMAs, the Netflix documentary and any other recorded events I am planning to play until November of 2020 are a question mark. I love you guys and I thought you should know what's been going on".

It didn't take long before Swift's Twitter account, which currently boasts 85.1 million followers, was inundated with support, not least from some big Hollywood names and artists. The account shared by the writers of Netflix's own 'Stranger Things' were amongst the first to declare their loyalty to the singer, retweeting her post with the caption "love you and support you always" and the hashtag "#IStandWithTaylor".

Several musicians also took to Twitter to make their support public. Halsey (who cinephiles out there may recognise for her cameo appearance in 'A Star is Born') praised Swift's talent and uses the feud to call out the sexism and artistic inequality that continues to pervade the music industry. "It turns my guts that no matter how much power or success a woman has in this life, you are still susceptible to someone coming along and making you feel powerless out of spite. It speaks volumes to how far we have to come in the music industry...I am standing with her". Singer Lily Allen shared similar sentiments with her retweet: "Solidarity with Taylor here. This sounds awful, and people wonder why music hasn't had its #MeToo movement?"

Solidarity with Taylor here, this sounds awful, and people wonder why music hasn't had its #MeToo moment ? https://t.co/lqfRVfhDYK

Whereas Halsey and Allen target the music industry, others took to the tactic of targeting producers Scott Borchetta and Scooter Braun themselves. Director Joseph Kahn ('Sweet/Vicious', 'Crazy Ex-Girlfriend') agreed "These guys are assholes. How do they live with themselves?" whereas Mark Birbiglia ('Trainwreck', 'Orange Is the New Black') said "I stand in solidarity with all artists who try to bring their work in its best form to the fans...I hope these folks do the right thing". Another tweet came from Swift's personal friend and 'Bad Blood' video co-star, Gigi Hadid: "Scott and Scooter, you know what the right thing to do is. Taylor and her fans deserve to celebrate the music".

These guys are assholes. How do they live with themselves? Why would anyone want to work with them? If you are an artist, why would you support them? https://t.co/GHV7zyMzzP

I stand in solidarity with all artists who try to bring their work in its best form to the fans. There's no doubt that that's what Taylor is trying to do. I hope these folks do the right thing. ????? https://t.co/1eJaVseS1w

Scott and Scooter, you know what the right thing to do is ??
Taylor and her fans deserve to celebrate the music!!

It remains to be seen whether this passionate social media campaign will win Taylor Swift the rights to her music and keep the Netflix documentary in production. If this outcry of support from fans and fellow artists is any indication, however, Big Machine Records might want to think twice about going up against the woman who has written some of the greatest break-up albums of all time. 'Bad Blood', indeed.