*Do not continue watching if you have not seen Episode 22.*

Not long remains until the beloved sitcom comes to an end after more than ten years on our television screens. The finale for 'The Big Bang Theory' is set to air in the United States on the 16th May on TNT, but the penultimate episode has already been released and one particular moment has fans of the show in total shock. 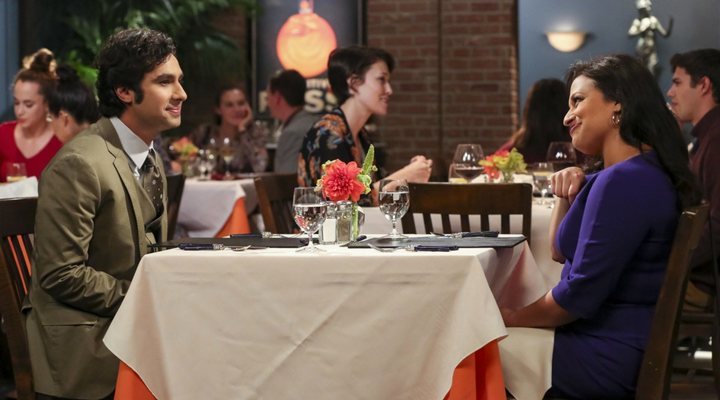 In an unexpected twist at the end of Episode 22, 'The Maternal Conclusion', Raj (Kunal Nayyar) decides to break up with his girlfriend Anu (Rati Gupta) instead of moving to London with her. Although the finale still remains, which will last an hour, it seems that Raj will end the show the same way in which he began: single and alone. However, according to showrunner Steve Holland, that is not necessarily a bad thing for the character. He spoke to TV Line regarding the controversial ending, saying: "The Anu-Raj relationship was a fun part of the season and, as close as it was, she wasn't quite the perfect one for him - and we want Raj to end up with the perfect woman".

Raj has never has much luck with women, initially being totally unable to even speak to one unless drunk. However, it seems that Holland stands by the decision to split Raj from his girlfriend, saying that as great as Anu might be, "she was such a different person. It started to feel like it wasn't who you wanted to see Raj end up with. You want for Raj to have that sort of fairytale romance that he's dreamed about all these years." Perhaps Raj will find his other half before we say goodbye to the character for good, but all will be revealed in a matter of days.

It's the End, It Isn't Goodbye

The stars from the show have already shared personal, heartfelt messages to thank the fans and wave goodbye to the CBS fiction. The final episode will last for an hour and although we will have to say farewell to Penny, Leonard and Sheldon, the director made it clear that their stories are not over: "it's going to end, but people's lives still go on".

It will be an emotional farewell for us all, but the spinoff show, 'Young Sheldon', is still airing.