Timothee Chalamet will be Bob Dylan in 'Going Electric', the biopic directed by James Mangold

Despite Timothûˋe Chalamet's wishes to take a break from acting after two years of constant work, it looks like his plans for a Hollywood hiatus will have to wait just a bit longer. In addition to his appearance at The Old Vic in London with the play '4000 Miles' from April 2020, the 'Little Women' actor is set to portray the singer-songwriter Bob Dylan in the latest project from director James Mangold. 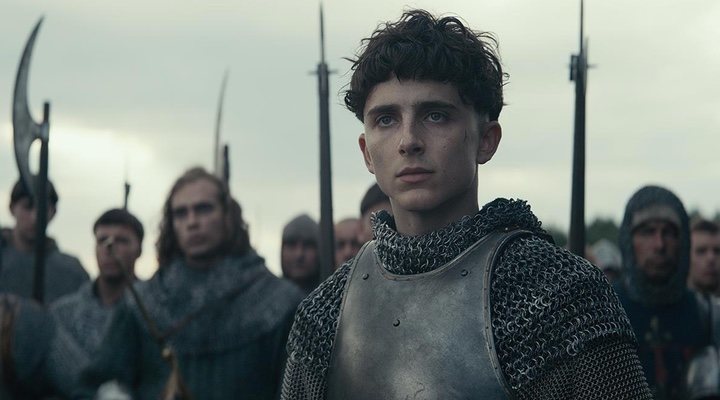 As was reported by Deadline, the production company Searchlight Pictures has closed a deal with Mangold which sees the director contracted to direct Chalamet in his new film focusing on Bob Dylan in the early years of his career. The actor is already taking classes in both electric and acoustic guitar to familiarise himself with the instruments as soon as possible, though it remains unknown as to whether the actor will also take on the challenge of singing Dylan's many hits. Searchlight took over the project when it was released from its contract with HBO after a change of direction within the company. Chalamet was already linked to the project at that early stage.

Dylan is working with both the production company and the director on the film which as of yet has no official title. However, the association is currently referring to the project as 'Going Electric', a title similar to that of the book written by Elijah Wald, 'Dylan Goes Electric', to which the company has already bought the rights. The film will be produced by the singer's manager, Jeff Rosen, Bob Bookman, Alan Gasmer and Peter Jaysen, among others. Dylan will serve as executive producer alongside Brian Kavanaugh-Jones and Andrew Rona. The rights to the singer-songwriter's music form part of the deal that has been signed with the production company.

The Other Bob Dylans

Although this film will centre on the singer-songwriter and his relationship with well-known musicians of the sixties such as Joan Baez and Peter Seeger, it is by no means the first project to deal with the life of the famous artist. In 2007 the film 'I'm Not There' was released, an unconventional biopic in which six actors (Christian Bale, Cate Blanchett, Marcus Carl Franklin, Richard Gere, Heath Ledger and Ben Whishaw) portrayed different aspects of Dylan's career. Before this, Martin Scorsese directed the documentary 'No Direction Home' which captured the musician's life and his impact on both music and culture.