The Top 10 Most High-Anticipated British Film Releases of 2020

The 2020s have officially broken over the pop culture horizon, promising a new decade of sensational cinema. In the minds of many, the film industry is a concept firmly tied up in ideas of Hollywood and the old-fashioned glamour of days gone by, but here at movie'n'co, we wanted to use the advent of this new decade to consider the ways in which the British film industry continues to commit itself to interesting and innovative cinema across the pond from the bright lights of Los Angeles.

With this in mind, we've compiled this list of our top 10 most highly-anticipated films of 2020. With our recommendations, you can travel from a secret organisation of gentleman spies to the Women's Liberation Front protests of the 1970s; you can drop in on regency weddings and eccentric séances during which dead spouses are accidentally summoned; you can watch established names as well as new faces light up the screens with their latest performances. Whether you're a fan of horror, romance, action, or perhaps something that combines all three, these eagerly-awaited 2020 releases showcase what we believe will turn out to be some of the best content that the British cinema of 2020 has to offer. 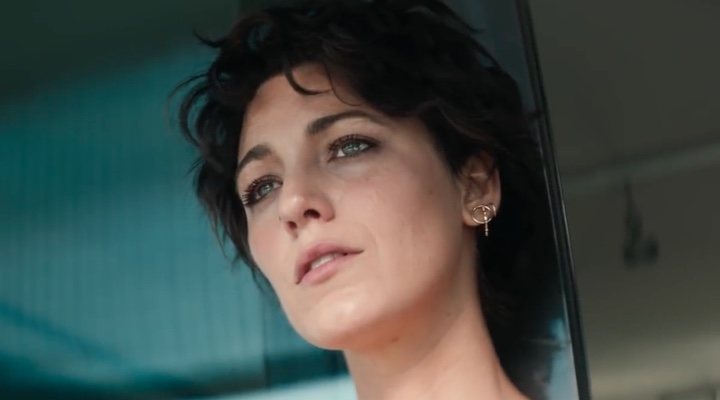 The first entry on this list follows Blake Lively as Stephanie Patrick, an ordinary woman leading a lonely and self-destructive life after the rest of her family perish in a plane crash. When Stephanie learns that the crash that claimed the lives of her loved ones was not an accident, but rather an orchestrated plot, she vows to get her revenge on those who took her family from her.

Led by Blake Lively and with a cast formed by the likes of Jude Law and Sterling K. Brown, 'The Rhythm Section' promises to the sort of thriller that leaves you breathless as the credits roll. Reed Morano of the critically-acclaimed 'The Handmaid's Tale' directs this adaptation of Mark Burnell's successful novel. 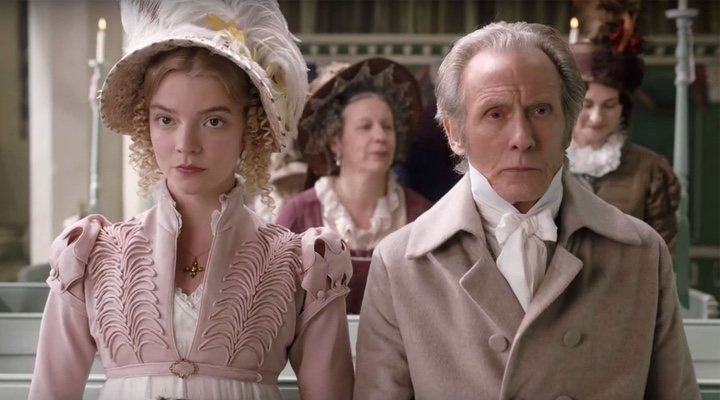 Based on one of Jane Austen's most beloved works, 'Emma' follows the self-sure and wealthy Emma Woodhouse, who deems herself a matchmaker and begins to meddle in the love lives of the inhabitants of her tranquil English town to disastrous effects.

The brightly-coloured, rollicking trailer sets up 'Emma' as a delightfully fresh take on Austen's classic novel, featuring hilarious performances by actors such as Bill Nighy and Josh O'Connor, whilst Anya Taylor-Joy heads the cast as the heroine that Jane Austen once claimed that nobody other than her would much like. Though, if the sheer amount of laughs elicited by this trailer is anything to go by, audiences are set to like 'Emma' very much, indeed. Get your bonnets at the ready. 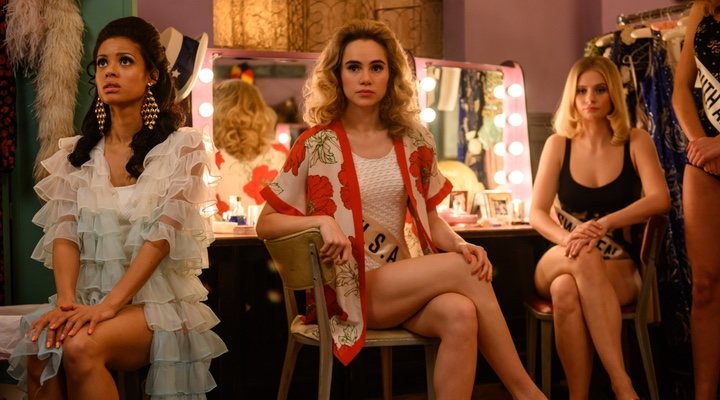 'Misbehaviour' is based on the real-life story of the 1970 Miss World beauty pageant in London and the newly-formed Women's Liberation Movement that decides to turn the event on its head with their cries for gender equality. Meanwhile, inside the pageant dressing room itself, Miss Grenada hopes to be the first black woman to be crowned Miss World as her own way of challenging patriarchal beauty standards.

Starring Keira Knightley, Gugu Mbatha-Raw and Jessie Buckley, 'Misbehaviour' is an exciting historical comedy-drama about a turning point in the social history of gender equality. 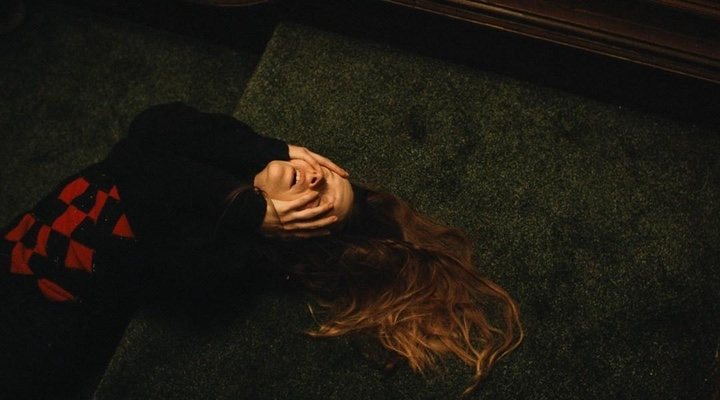 In Rose Glass's directorial debut, Maud (Morfydd Clark), a young and pious nurse, is charged with hospice care duties after a traumatic event leaves her reeling. Now entrusted with the care of Amanda (Jennifer Ehle), a former dancer suffering from cancer whilst still clinging on to her lavish, recreational lifestyle, the two women veer between adoration and hatred as Maud's religious zeal has her increasingly convinced that she must do everything she can to save Amanda's soul from damnation, no matter how far she has to go.

'Saint Maud' received rave reviews with its first showing at the BFI London Film Festival, gaining praise for its intimate portrayal of the horror genre, relationships between women and the dark recesses of human consciousness. 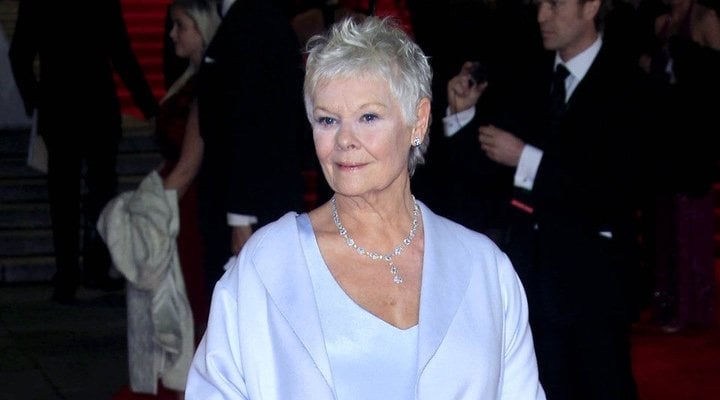 Based on Noël Coward's successful stage play, 'Blithe Spirit' follows widower and established crime author Charles Condomine, who is struggling with inspiration as he tries to pen his first screenplay. In an attempt to clear his writer's block, Charles and his second wife, Ruth, host a séance and accidentally summon the spirit of Charle's late wife, Elvira, who takes it upon herself to haunt the couple out of jealousy.

Starring Dan Stevens and Isla Fisher as Charles and Ruth with Oscar-winner Judi Dench playing the eccentric and ostentatious mystic Madame Arcati, 'Blithe Spirit' sounds like a delicious mix of the comic, the gothic and the downright bizarre. Simply put, we can't wait. 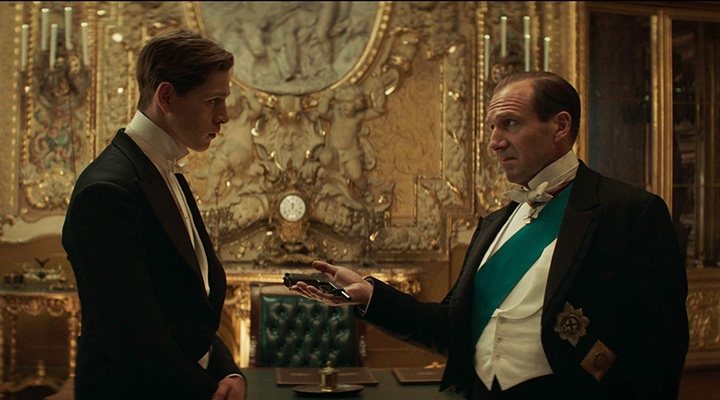 Though this is technically a British-American picture, the opportunity to discuss this upcoming history of the secret organisation at the centre of the 'Kingsman' franchise was too tempting to pass up. Ralph Fiennes and Harris Dickinson take centre stage (or, rather, centre screen) as an unusual duo tasked with stopping history's most tyrannical villains from starting a war that would mean the end of the world as we know it.

The previous instalments of the 'Kingsman' franchise earned their place in the hearts of several ardent film fans with their combination of bawdy wit, self-indulgent action and some truly dashing suits. We cannot wait to see the next instalment set in this world in which manners maketh man. 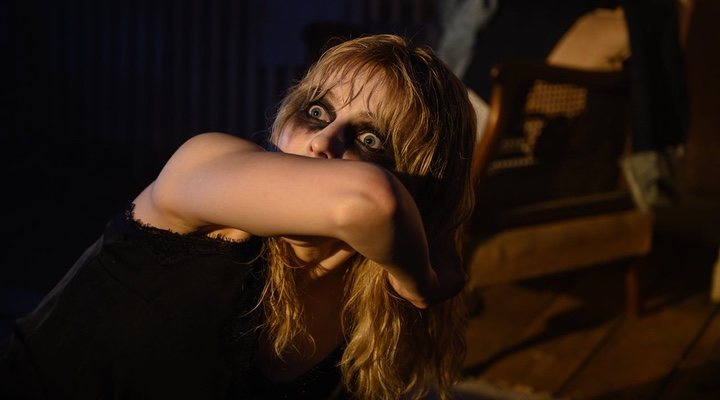 When it was announced that Edgar Wright of 'Baby Driver' and 'Scott Pilgrim vs. The World' was set to direct his next feature film, we were intrigued to see what mind-bending limbo we'd be thrust into next as his audience, and with every detail released about 'Last Night in Soho', this next credit on Wright's directorial list has us increasingly hooked.

'Last Night in Soho' follows a young girl and ardent fashion design fan who manages to transport herself back in time to the London of the swinging sixties, where she meets her idol, a beautiful aspiring singer. But there is darkness hidden behind the glitz and glamour of the 1960s metropolis, and it's not long before the wannabe fashion designer realises that things are not what they seemed.

An ageing man rejects every nurse that his daughter, Anne, attempts to hire to care for him, and pushes away the help offered by Anne herself, who is torn between staying with her ailing father and emigrating to Paris with her new partner. As father and daughter grapple with their changing bond, he begins to lose his grip on reality.

This emotional drama about how the ageing process affects those around you is set to star Anthony Hopkins and Olivia Colman as the central father-daughter duo. Watching these two Oscar-winning powerhouses deliver this intimate family drama is sure to be a revelatory experience. 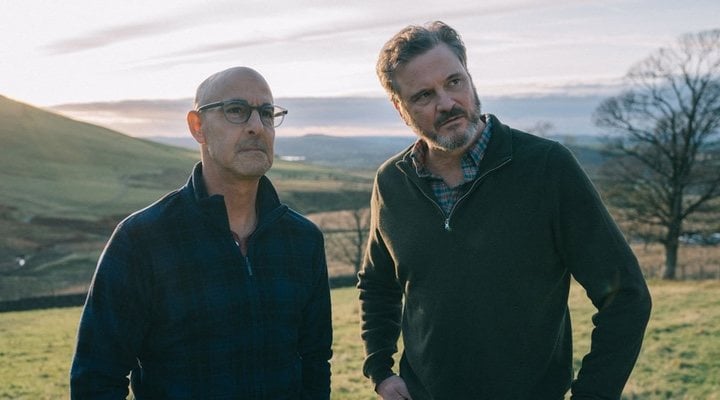 'Supernova' is Harry Macqueen's second directorial venture since his highly praised 2014 debut, 'Hinterland'. It tells the story of Sam (Colin Firth) and Tusker (Stanley Tucci), a longtime couple who decide to travel across England in their old, beaten-up RV to visit family, friends and places as Tusker sinks deeper into his diagnosis of early-onset dementia. As the men revisit their past and question their future, secrets are shared and both must confront what it means to love in the face of illness.

An LGBT love story set against the backdrop of rural England with leading performances by actors of the calibre of Firth and Tucci? We'll see you in the ticket queue. 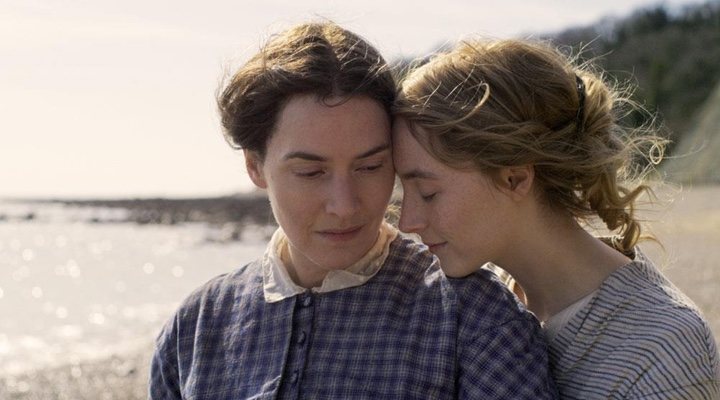 'Ammonite' is based on the true story of the life of Mary Anning, a brilliant yet overlooked fossil hunter working on the rugged southern coastline of 19th century England. As she continues to struggle to financially support herself and her elderly mother, Mary agrees to care for Charlotte Murchison, the wife of a wealthy visitor. The two women initially clash over social class and their attitudes to Mary's work, though over time the intense spark between them blossoms into something more, and the two are compelled to explore the depths of their relationship.

Award-winning actresses Kate Winslet and Saoirse Ronan breathe life into this Victorian love story that boasts stunning cinematography set along the historic coasts of Dorset and Surrey to support the emotional tale of love and selfhood.