They may have been embroiled in a melodramatic power struggle in the cult classic 'Cruel Intentions', but actresses Selma Blair and Sarah Michelle Gellar became close friends during the shoot and remain so to this day. In a throwback to that 1999 hit, Blair and Gellar posted a selfie on Instagram alongside Shannen Doherty, confirming that the three actresses have maintained their friendship over the many personal, political and fashion changes that have rocked these past couple of decades.

Perfect shot ? ?. We have been in this town a long time. #nationaltreasures. Guard them with my life ?? #sarahmichellegellar #shannendoherty @sarahmgellar @theshando I love them. We laugh. #90ssandwich ps. The richest one payed. Thanks!!! ?. Ps. I was trying to relax my face and look refreshed ?

"Perfect shot. We have been in this town a long time #nationaltreasures", is how Selma Blair captions the cute snap. "Guard them with my life. I love them. We laugh. #90ssandwich. PS: The richest one payed. Thanks! PS: I was trying to relax my face and look refreshed".

Gellar took to the comments to continue with the delightfully 90s banter, writing: "Pitching a new show. Brenda, Buffy and Zoe. One of us is not sold on the idea". It's a shame because this pitch, which references her bloodsucker butt-kicking character in 'Buffy the Vampire Slayer', Doherty's character Brenda in 'Beverly Hills, 90210' and Blair's character in the WB show 'Zoe, Duncan, Jack and Jane', would undoubtedly have any millennial jumping for joy at the very idea of these actresses sharing the screen. Gellar also posted a photo to her own account, capturing it: "Proud to announce our 3 person bobsledding team for Battle Of The Network All-stars. Wish us well!"

Proud to announce our 3 person bobsledding team for Battle Of The Network All-stars. Wish us well! ? ? @theshando @selmablair

Through Thick and Thin 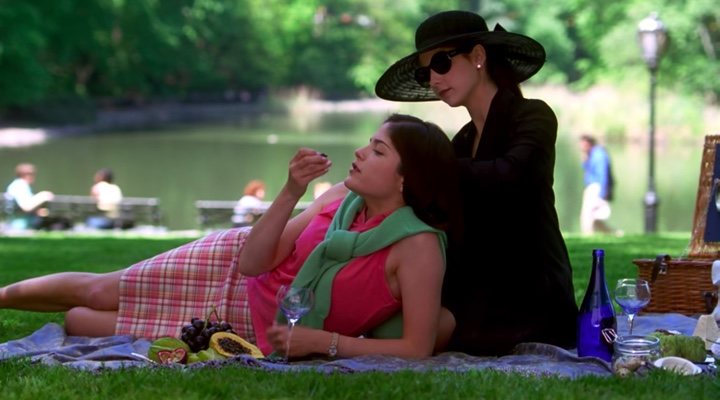 The actresses reunited for a meal together in Los Angeles and took advantage of their get together to commemorate the occasion with the adorable photo shoot. The three actresses, all undoubtedly best known for their work in the final decade of the 20th century, have stuck together as friends through difficult times in their professional and personal lives. In 2018, Blair was diagnosed with multiple sclerosis whilst Doherty is currently facing her second battle with breast cancer. Gellar has publicly praised both women for their strength in the face of adversity, with all three often sharing their support of the others. What on the surface appears to be a cute 90s reunion is really a sign of a friendship that has remained strong throughout decades of the pressure of stardom, and for that we salute them.