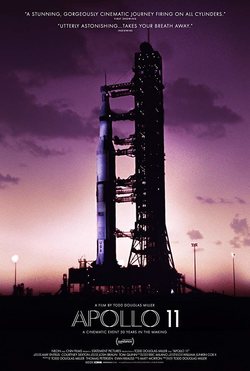 Todd Douglas Miller directs 'Apollo 11', a critically-acclaimed documentary following the first spaceflight to land humans on the moon. Comprised largely snippets of 11,000 hours worth of never-before-seen NASA footage in 65-mm. and 70-mm. format from the year of the mission, 1969, 'Apollo 11' offers a unique perspective on the world-famous moon landings. 'Apollo 11' uses the footage to shed a light not just on the bravery of its three astronauts Neil Armstrong, Buzz Aldrin and Michael Collins; it also examines the support offered from the ground during the hugely daring operation as well as media that captures the reactions of the public to the mission. The documentary retains news and radio footage from Walter Cronkite at the time and repurposes it as a voiceover to allow the audience to experience the news as it was given in the 1960s, an effect sustained by telling the entire story of the moon landing in the present tense. The documentary condenses its several hours of footage to provide a vision of the 9 days surrounding the mission with an image quality previously unseen in relation to the landings. 'Apollo 11' is directed by Todd Douglas Miller. Amongst Miller's other documental works are 'Dinosaur 13', 'Scaring the Fish' and 'Gahanna Bill'. Hide full plot... Show full plot 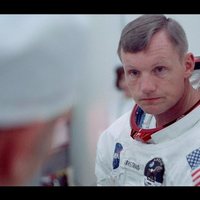 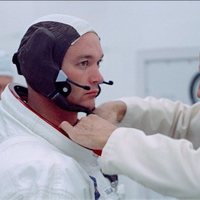 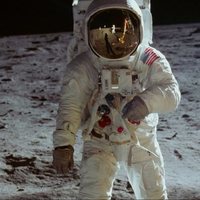 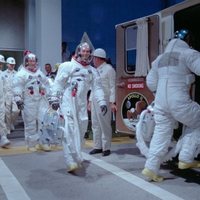 In an interview in the March 8, 2019 New York Times, documentary filmmaker Todd Douglas Miller stated that his crew had their own mission rules regarding the footage used in the film: ""We did have kind of our own mission rules. We said, if it didn't happen on that day at that specific time, we're not using it." He did say that he did break this rule on several occasions, using shots from Apollo 8's propulsive push rather than Apollo 11's but that he would document where he used different clips from other launches. The team that put together this documentary used the work that Ben Feist did when he increased the quality of 11,000 hours of digitized audio recordings of taken during the Apollo 11 launch, according to an article in the New York Times on March 8, 2019. Feist also detailed the recordings by minute and second, making it easier for the documentary team to sync up audio and video sequences. All the instruments used for the soundtrack were available in 1969.