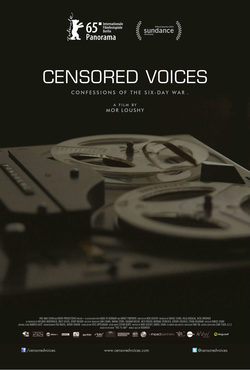 'Censored Voices' focuses on the Six-Day War that led Israel to conquer Jerusalem, Gaza, Sinai and the West Bank in 1967. The war, which was portrayed as a just conquest, became the radiant emblem of Jewish pride. A week after the end of the conflict a group of young kibbutzniks recorded a series of intimate conversations with soldiers returning home from the battlefield. The recordings showed an honest look at what happened that wasn't published because of the Israeli military. Only fragments of the conversations came to be published so with 'Censored Voices' it's the fist time that we can hear the rest. This is the second film wrote and directed by the documentary director Mor Loushy. The first being 'Israel Ltd'.

?
Write your own 'Censored Voices' review.