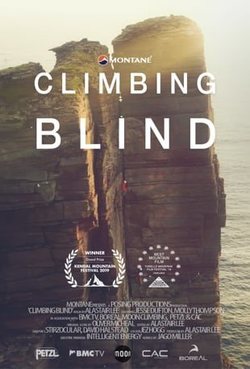 'Climbing Blind' charts the journey of Jesse Dufton, a British climber and first legally blind person to lead a climb up the Old Man of Hoy, a 137m sea stack located in the Orkney Islands in Scotland. Jesse Dufton, who is a passionate member of the GB Paraclimbing Team in the Visually Impaired category and has been climbing since he was introduced to the sport by his father at two years old, and his sighted fiancee, Molly Thompson, took on the seven-hour climb that is infamously difficult even for seasoned climbers. Jesse and Molly have been climbing together since 2004 and have completed more than 1300 routes together. 'Climbing Blind' is a documentary that celebrates the incredible journey taken by Jesse and Molly as they make mountaineering history. The documentary recently toured the UK as one of the features of the Brit Rock Film Tour. Providing support from behind the cameras, 'Climbing Blind' is written and directed by Alistair Lee, whose other documentary works include 'Explorers: Adventures of the Century', 'Citadel', 'The Last Great Climb', 'The Prophet' and 'The Asgard Project'. Lee is also responsible for the documentary's cinematography whilst providing a soundtrack to the events is Oliver Michael. 'Climbing Blind' will be released in 2020 in the UK. Hide full plot... Show full plot 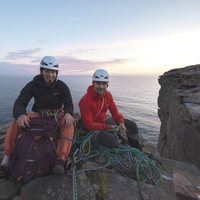 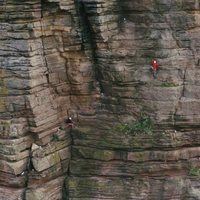 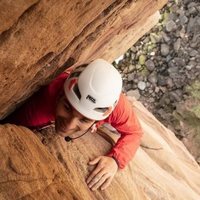 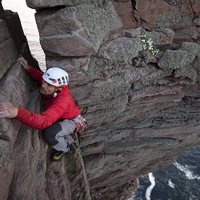 ?
Write your own 'Climbing Blind' review.