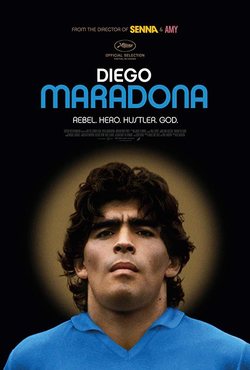 'Diego Maradona' is a documentary about the eponymous football legend, Diego Armando Maradona, most famous for playing for S.S.C. Napoli at its height between 1984 and 1991. Formed from 500 hours of previously unpublished footage dating back 30 years, 'Diego Maradona' delves into never-been-seen images to paint a picture of the Maradona that hid within the persona on the pitch. On paper, Maradona's story follows the stereotypical rags-to-riches arc, from a childhood wracked by poverty to life as an Argentinian football prodigy instrumental in winning two league titles and the 1986 World Cup, but this documentary explores the less idealised aspects of his story such as his drug addition and involvement in tax scandals. 'Diego Maradona' breaks the icon's identity down into his private, softer aspects (Diego) and the at times vulgar and brash public presence (Maradona), exploring how both sides are alternatively accepted and rejected by the most intense fans of the international sport. Amongst the figures appearing in the footage are Pelé, Jorge Burruchaga and Víctor Hugo Morales. 'Diego Maradona' is directed by Oscar and BAFTA award-winning director, writer and producer Asif Kapadia. Kapadia's other works include 'Amy' (an exploration of jazz singer Amy Winehouse), 'Mindhunter', 'Senna' and 'Uneternal City'. Hide full plot... Show full plot 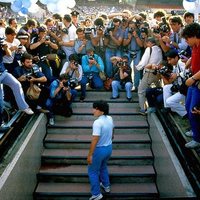 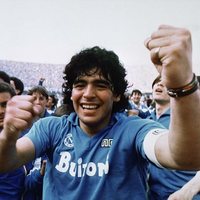 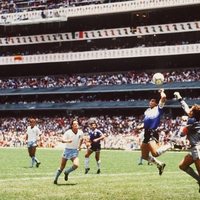 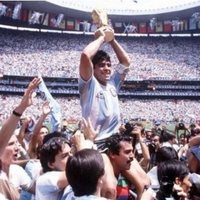 ?
Write your own 'Diego Maradona' review.

The documentary is built on the base of 500 hours of unpublished footage about the career and life of Diego Armando Maradona.