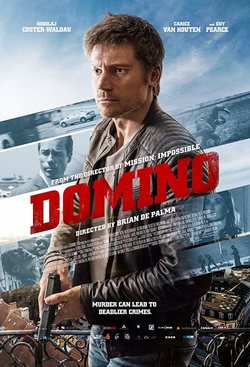 Christian Toft (Nikolaj Coster-Waldau) and Lars Hansen (Søren Malling) are two police officer from Copenhagen. On the night in which they arrest a suspect called Ezra Tarzi (Eriq Ebouaney) the two are separated and when Toft returns, he is the murdered body of his partner and the final traces of the escaping criminal. After he fails to catch Tarzi, the policeman becomes obsessed with seeking revenge for Lars' murder. To find him, Toft join forces with Officer Alex Boe (Carice Van Houten). From there, they start to follow the lead of the suspect through all Europe to get him to bring him in make him pay for his crime. However, Tarzi hides a secret: he is collaborating with the CIA agent Joe Martin (Guy Pearce) to put down a European cell of the terrorist group, ISIS. The filmmaker Brian De Palma ('Mission Impossible', 'Scarface') directs his first Danish production. The script is written by Petter Skavlan ('Sofies verden', 'Kon-Tiki'). 'Domino' reunites the 'Game of Thrones' stars ' Nikolaj Coster-Waldau ('Gods of Egypt', 'Oblivion') and Carice Van Houten ('Repo Man', 'Valkyrie') in this action thriller. The cast is completed by Guy Pearce ('Iron Man 3', 'L.A. Confidential'), Eriq Ebouaney ('Kingdom of Heaven', '3 Days to Kill'), Søren Malling ('The Killing', 'Borgen), and Paprika Steen ('The City and the City', 'Below the Surface'). Hide full plot... Show full plot 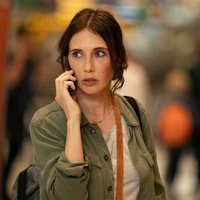 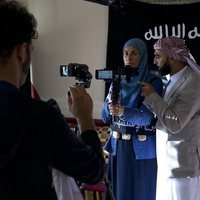 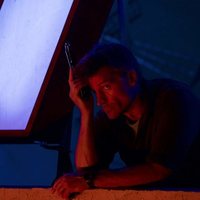 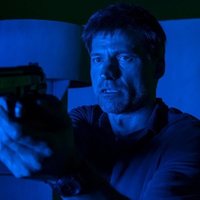 ?
Write your own 'Domino' review.

Christina Hendricks was originally cast in Domino. The film takes place in Denmark, the Netherlands, Belgium, Spain and Sardinia. Both Nikolaj Coster-Waldau and Carice van Houten have previously starred in Game of Thrones (2011) as Jaimie Lannister and Melisandre respectively.