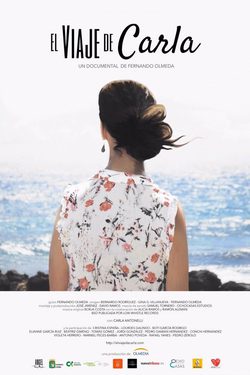 'El viaje de Carla', ?Carla's Journey?, is a documentary film that follows the life of Carla Antonelli, an actress and singer that spent her whole life involved in political matters and activism. Antonelli had a specially important part in the fight for LGBT+ rights, and she has been the only transexual representative on the Madrid Assembly to date. This documentary tries to caption in 65 minutes a whole life of success and failures that, without a doubt, made of Antonelli's life a fascinating story. The project was fund partly by crowdfunding, because there were budgetary cutbacks, but it finally found its way. 'El viaje de Carla' won nothing less than two awards on the International Festival of Lesbian, Gay, Bisexual and Transexual Cinema of Madrid during its 19th edition.