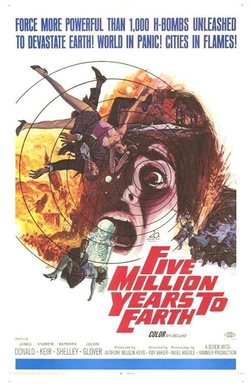 London, 60s decade. An excavations in the basement of a house reveal what it seems to be an unknown object of large size. The consequences of the Second World War suggest that it could be some lost bomb from the nazis army, but when the Dr. Quatermass is called they find out is something completely different. With the collaboration of the anthropologist Roney and his assistant Barbara, Quatermass realizes that the object is actually from outer space, and inside it there are some alien creatures. But they don't know that are about to awake them. Directed by Roy Ward Baker ('Dr Jekyll & Sister Hyde') as a Hammer production, 'Quatermass and the Pit' is starred by James Donald, Andrew Keir and Barbara Shelley. 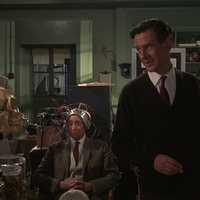 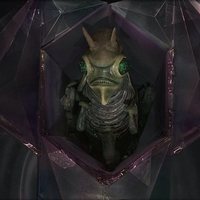 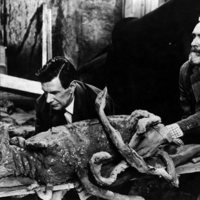 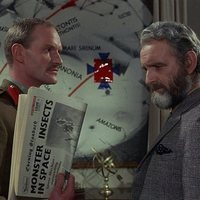 ?
Write your own 'Five Million Years to Earth' review.

If you look closely at the London Underground station walls, you can see quite a few posters from other Hammer projects such as 'The Reptile', 'Dracula: Prince of Darkness' and 'The Wiches'. Julian Glover had to perform his own stunts, including the scene where Colonel Breen falls over into the pit.