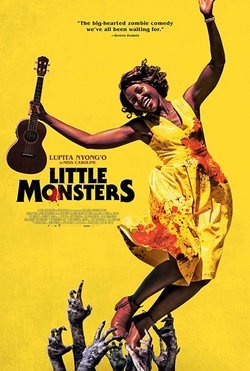 Dave (Alexander England, 'Gods of Egypt') is a failing foul-mouthed musician who moves in with his sister and nephew, Felix (Diesel La Torraca, 'Lambs of God), after a particularly messy break-up. Dave volunteers to chaperone an upcoming field trip of Felix's kindergarten class to a nearby farm, mainly to get closer to Felix's teacher, Miss Caroline (Lupita Nyong'o, 'Black Panther'), to whom he is attracted. He is dismayed to find out that Miss Caroline is engaged and that also on Felix's field-trip will be the annoying children's television personality, Teddy McGiggle (Josh Gad, 'Beauty and the Beast'). On the day of the field trip, zombies break out of a U.S. testing facility and make their way towards the very same farm. When the class tries to escape during a tractor ride, they find that the whole farm - and the bus intended to take them back to school - is completely overrun by zombies. Whilst they hide out in a gift shop, Dave has to work out how to step up so that he and Miss Caroline can keep the children safe from being infected by the zombie virus before the U.S. military arrives to smoke out the zombies. 'Little Monsters' is a comedy film written and directed by Abe Forsythe ('Down Under, 'Laid'), inspired by his son's first day of kindergarten. 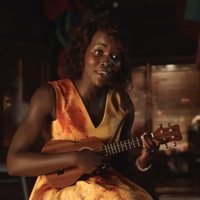 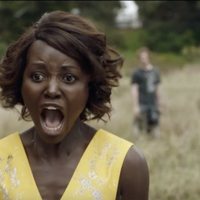 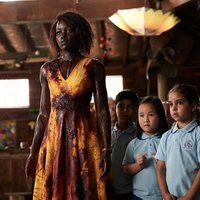 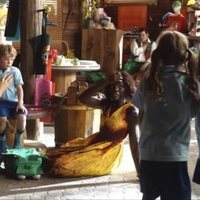 ?
Write your own 'Little Monsters' review.

Saskia Burmeister and Felix Williamson have appeared in films about the outlaw Ned Kelly. Burmeister appeared in 'Ned Kelly' (2003), alongside the late Heath Ledger as Kelly, while Williamson appeared in 'Ned' (released the same year as the Ledger film), which featured 'Little Monsters'' director Abe Forsythe in the title role. Talayna Moana Nikora, who appears in 'Little Monsters' as Kimby, also worked on 'Ned' as third assistant director Originally, the producers couldn't get the rights to use Taylor Swift's "Shake it Off" in the film, as they were denied by the record label. Lupita Nyong'o is a big fan of the song and saw it as pivotal part of the screenplay, which led her to personally get in touch with Swift to explain why the song was important to her and the narrative, after which Swift granted her the rights. Nyong'o then learned to play the song on the ukulele in a few short weeks. When she plays the song in a pivotal scene it proved to be a magical moment for the director. Police Officer at beginning of the film.