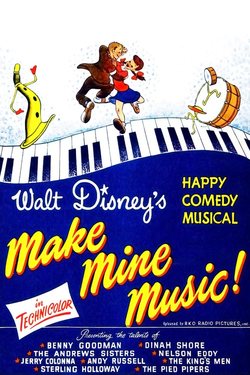 8th Disney animated feature film. 'Make Mine Music' evokes the spirit of Variety shows. In the purest Broadway style, combined with the charm of Parisian vaudeville, the film invites the audience to attend ten fragments in which you can enjoy animated scenes interspersed with classical music, as well as popular music such as jazz, bolero or ballad. Each piece tells a different story, among which are 'All the Cats Join In', a trip to the adolescence of the 40s or 'Johnny Fedora and Alice Bluebonnet', the love story between two hats. There is fables like 'Peter and the Wolf', with the music of the great Sergei Prokofiev; 'Casey at the Bat', a popular American folktale, or 'Willie the Whale Who Wanted to Sing at the Met', with which the viewer will meet the prodigious voice of Willie. Best animation design award at the 1st International Cannes Film Festival, held in 1946. 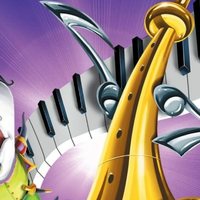 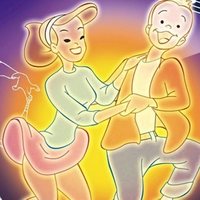 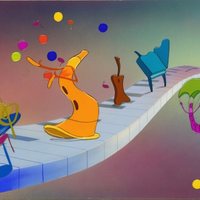 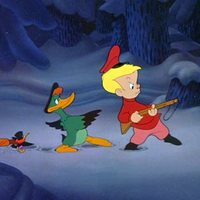 ?
Write your own 'Make Mine Music' review.