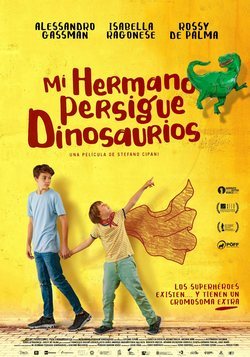 Jack is 5 years old and has two older sisters. He is passionate about 'Teenage Mutant Ninja Turtles' and has just received the best news he could dream of: he is going to have a new little brother, but he will be "special". Over the years Jack begins to feel disappointed when he realizes that his brother Gio is not a superhero, he was just born with Down syndrome. With the arrival of adolescence he even feels ashamed, but soon the truth will come to light: Gio not only does have superpowers, he is also his best and unconditional friend, something that he will have to learn together with the idea that inside from each person there is a unique and wonderful world. 'My brother chases dinosaurs' is based on a bestseller written by Giacomo Mazzariol, the actual protagonist of the film telling his story with his little brother. More than 250,000 copies were sold in Italy, with the literary success of 2016 translated into 10 languages. The film adaptation of the novel became a true phenomenon of the year in the country, very much in the style of 'Champions' in Spain. It won the Young Prize at the David de Donatello Awards and is directed by Stefano Cipiani with a screenplay adapted between Mazzariol himself and screenwriter Giacomo Mazzariol. 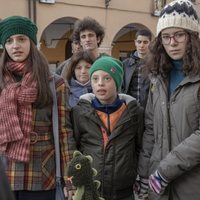 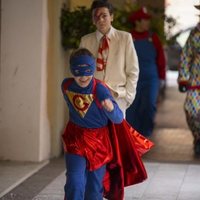 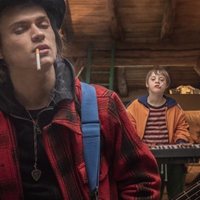 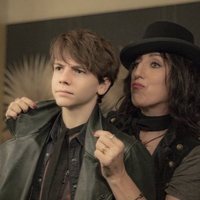 ?
Write your own 'My Brother Chases Dinosaurs' review.