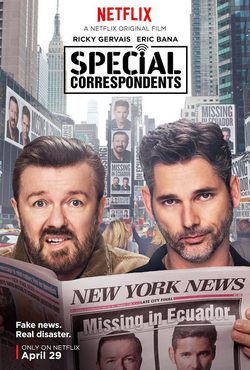 The movie tells the story about a radio journalist whose arrogance and decadent style of life have ruined his career. Taking advance of the SouthAmerican bad rebel situation, this guy and his technic colleague will pretend their own kidnapping so while everyone thinks that they are trapped in South-America, they are actually hidden in a Queens apartment in New York. The movie will is made with satirical and comical tone, and it is a remake of the 2009 french film who had the same english name that this movie will take. This Netflix production is directed and written by Ricky Gervais and played by Eric Bana, Vera Farmiga, Kelly Macdonald, Kevin Pollak, Benjamin Bratt, America Ferrera y Raúl Castillo. 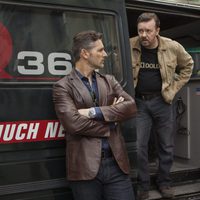 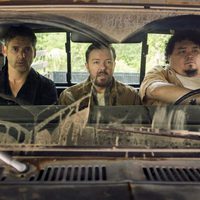 ?
Write your own 'Special Correspondents' review.