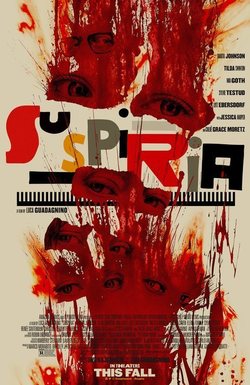 'Remake' of the horror movie directed by Dario Argento in 1977 and based in the book of Thomas De Quincey. In the first movie, Jessica Harper performs to a Suzy Bannion, a young dancer that goes to a prestigious dancing academy in Europe after one of her pupils had been murdered brutally. Madame Blanc (Joan Bennett), the subdirector of the place helps to the new incorporation to adapted to the center that must be considerer her new home. Everything is alright until that young woman discover that the director of the school is under order of a witchs' coven and the obscure atmosphere going to little by little overtake of this placer. Dakota Johnson, Tilda Swinton and Chloë Grace Moretz leading the cast. 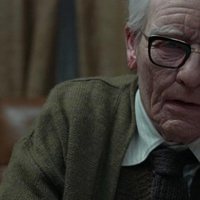 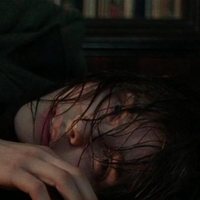 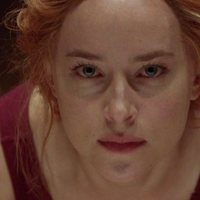 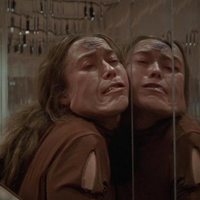 ?
Write your own 'Suspiria' review.

Dakota Johnson completed two years of ballet training in preparation for her role in this film. Tilda Swinton's performance as 'Dr. Josef Klemperer' came about when both Swinton and director Luca Guadagnino thought that in a movie centering on women, it felt right to have a woman also play the principle male character. During filming, only a few cast members and virtually none of the extras knew that it was really Swinton in heavy make-up. They purposely credited a fictitious German actor called 'Lutz Ebersdorf' as Klemperer to hide this fact. The ruse would have gone as far as stating that Ebersdorf had already passed away during the editing phase, which would have explained his absence at the movie's premiere, but Swinton and Guadagnino thought that this went a step too far. The first footage premiered at the 2018 CinemaCon presentation. It was said to be so "intense and disturbing", that some audience members left, midway through.