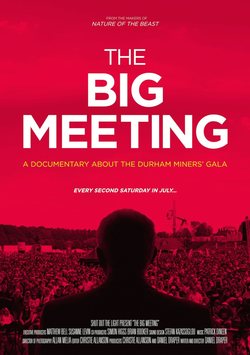 Since 1871, every second Saturday of July has seen the city of Durham taken over by the annual Durham Miners' gala, a trade union festival known locally as 'The Big Meeting'. This documentary, directed by Daniel Draper ('The Nature of the Beast) explores how even in the years since the pits that used to dominate the North of England have been shut down, the working-class spirit and camaraderie remains strong. The gala has developed in recent years to call for social justice and to celebrate minority groups on a larger, more communal scale, which leads to the documentary speculating as to why the political overtones of the 1980s miners' strike still resonate today amongst the people, regardless of the long-time closure of the pits. Draper draws on archival footage of hand mining to emphasise the high levels of danger involved in the job, as well as contributions from renowned art historian Robert McManners to shed light on artistic records kept by the workers. These historical archives, paired alongside Draper's recent footage of the 2018 gala, explore the importance and relevance of this historical profession, and of the gala itself, to people across modern Britain. Amongst those appearing in 'The Big Meeting' are Jeremy Corbyn, Bernie Sanders, Dennis Skinner and Charlotte Austin. 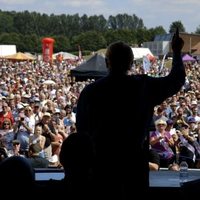 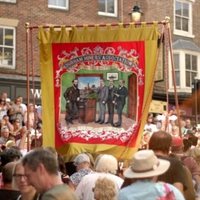 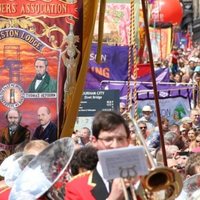 ?
Write your own 'The Big Meeting' review.