The Edge of democracy 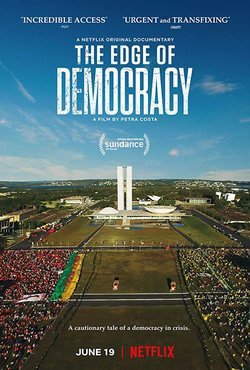 This documentary reviews the brazilian politic history and one of the most relevant democratic crisis of its government. For year the country has been weigh by the military dictatorship which ended in 1985. However all change in 2002 with the election of Luiz Inácio Lula da Silva, well known as Lula da Silva, as president. Da Silva stands for Carioca people and creates new social reforms in his government. Since 2003 to 2010, he lifts more than 20 million out of poverty. After his mandate, the country is governed by Dilma Rousseff. However, corruption scandals leads a partisan judge to focus his sight in the new presidente and Lula. 'The edge of democracy' explores one of the most tumultuous times of the history of Brazil. This documentary so personal is the fifth one directed by the filmmaker Petra Costa ('Undertow Eyes'). She has been awarded twice with Best Documentary for 'Olmo & the Seagull' y 'Elena' in the Brazilia Festival of Brazilian Cinema. In addition to her, Costa wrote the script of 'The Edge of Democracy' with Carol Pires ('Greg News com Gregório Duvivier), David Barker ('Human Affairs') y Moara Passoni ('Francesca'). This Netflix documentary was selected in the Official Section of international documentary in Sundance film festival. Hide full plot... Show full plot

'The edge of democracy' trailer 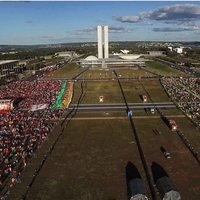 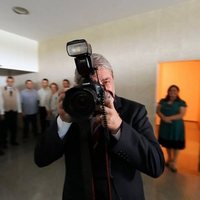 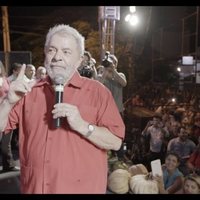 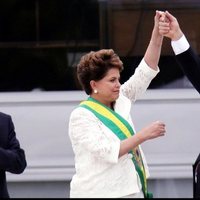 Reviews The Edge of democracy

?
Write your own 'The Edge of democracy' review.

Trivia The Edge of democracy

Shortly after the events of this film, questions emerged over the financial dealings of elected president Jair Bolsonaro's eldest son, Flávio Bolsonaro, also a recently elected senator, amid mounting allegations he had engaged in an illegal, tithe-like practice by which politicians siphon off part of their employees' wages. The plot thickened when Brazilian newspaper O Globo alleged that Flávio Bolsonaro had employed the mother and wife of an alleged death squad leader whose gang was suspected of involvement in the assassination of the Rio councilor Marielle Franco. Fabrício Queiroz, a longstanding friend and employee of Brazil's president, claims to be the one who have recommended the women for those jobs. Queiroz was also caught sending undeclared large amounts of money to the president's wife and son in the form of many small bank deposits. Investigations on the case were suspended after Jair Bolsonaro questioned and coerced investigating forces and later minister Dias Toffoli accepted a request from Flávio Bolsonaro's defense team to cease the case. On his campaign, Jair Bolsonaro relied heavily on Social Media, and his most potent weapon was WhatsApp. With the assistance of Steve Bannon, his close supporters illegally hired many companies to create hundreds of groups to spread misinforming and misleading content against his main political rival Fernando Haddad (from the Workers Party). Brazil's biggest newspaper, Folha de S. Paulo, requested an interview with Lula in prison during the 2018 presidential election campaign. However, Supreme Court Justice Luiz Fux (a friend of judge Moro and prosecutor Dallagnol) ruled against the interview taking place, as the team reportedly feared it would ruin Bolsonaro's chances at the election;.
Follow Movie'n'co
UK Box Office