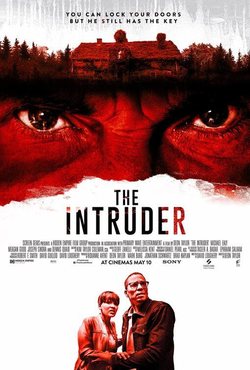 'The Intruder' follows wealthy married couple Scott Russell (Michael Ealy, 'Think like A Man', 'Stumptown') and Annie Russell (Meagan Good, 'Minority Report', 'Mr. Robinson'), who buy Annie's dream mansion in Napa Valley from the widowed owner, Charlie Peck (Dennis Quaid, 'The Day After Tomorrow', 'Far From Heaven'). Despite Scott's recent affair, the two wish to move on from their fraught past and start again with their new home, Foxglove, named after the poisonous flower that grows on the grounds of the property. Scott soon becomes suspicious of Charlie's love of guns and brutal hunting practices as well as his borderline psychotic obsession with his former property. Even after the sale is complete, Charlie continues to trespass on the property whether or not the couple are home, going to far as to threaten the friends that dare to visit his beloved grounds. Annie indulges Charlie, inviting him to family dinners and holiday parties, and Scott's attempts to convince her of his concerns only heighten the tension between the couple. As Charlie's presence grows more uncontrollable and Annie and Scott's marriage is pushed to the limit, 'Foxglove' becomes less a dream home and more a chamber of psychological torture. 'The Intruder' is directed by Deon Taylor ('Supremacy', 'Meet the Blacks').

First minutes of 'The Intruder'

Behind the scenes of 'The Intruder' 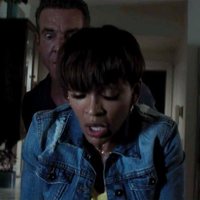 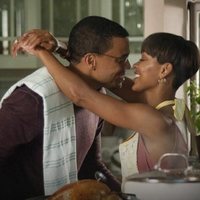 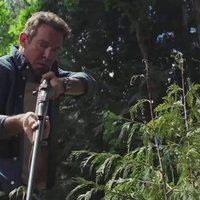 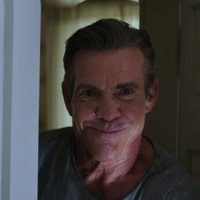 ?
Write your own 'The Intruder' review.

Michael Ealy and Meagan Good also starred together in the Think Like A Man series. In this movie Dennis Quaid plays the psycho terrorizing the couple who bought his old house. In Cold Creek Manor (2003), Quaid plays the husband of the couple who bought Stephen Dorff's old house and are then terrorized by Dorff. A reference to 'The Shining' is generated when Charlie breaks a door and peeks out like Jack Nicholson did in the horror classic