'Aladdin': An Enchanting Film, Yet The Same Old World

The latest Disney live action remake which absolutely nobody asked for has recently been released into cinemas worldwide. After the box office success of 'Beauty and the Beast', the studios now seem intent on draining the remake-goldmine for all that it is worth. However, unlike Princess Belle's cartoon tale, 'Aladdin' holds a unique star spot in pop culture, thanks to Robin Williams' unforgettably iconic performance in the role of the Genie. For this very reason, fans were sceptical about the remake from the word go; living up to the hype of the original was never going to be an easy task, and with criticism at every promotional teaser, Guy Ritchie's 'Aladdin' remake had a rocky start.

However, despite the initial hostility towards the project, once the film successfully made it to cinemas, it proved not to be the disaster project which cynics predicted; it is just as magically entertaining as we could have hoped. (Although, by working within the confines of this already enchanting tale and Alan Menken's genius songwriting, it would be pretty difficult to go wrong.) 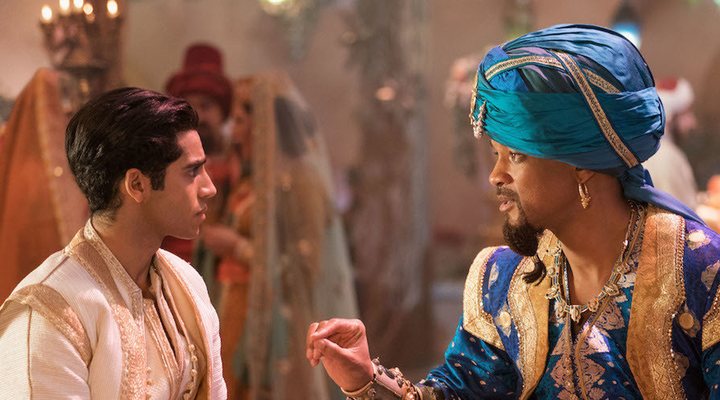 The magic truly comes alive with the visually stunning costumes and and set design, which beautifully incorporate designs from a variety of cultures. The already legendary musical numbers are made all the more entertaining with the addition of south Asian and Middle Eastern style dancing, which beautifully enriches the cultural authenticity of the fantasy land of Agrabah.

Much like the 'Beauty and the Beast' remake, this film plays it safe as an almost a exact replica of the cartoon, with only a few details altered. Thankfully, the few problematic original song lyrics in the original and Jasmine's controversial costume have all been tastefully updated for the modern audience. One of the most significant alterations is made to Jasmine's character; the princess in the original film was always strong minded and feisty, but she never was given the starring focus which she deserved. The greatest merit of the remake is the new voice which Jasmine finds in her new solo song, 'Speechless', written by Menken with lyrics by Benj Pasek y Justin Paul ('The Greatest Showman'). The character's new storyline, her desire to take her father's place as Sultan instead of simply marrying a king, is the perfect way to expand on the character in the original film. Unlike the seemingly unnecessary addition of Belle's backstory, the development of Jasmine's story enriches the character beautifully, wholly bringing the princess to the 21st Century. Naomi Scott's performance is one of the best aspects of the entire film, perfectly incarnating the grace and strength of Jasmine. Her version of the princess does away with any previous criticism surrounding the problematic nature of Disney Princesses, and she is the perfect role model to young children. 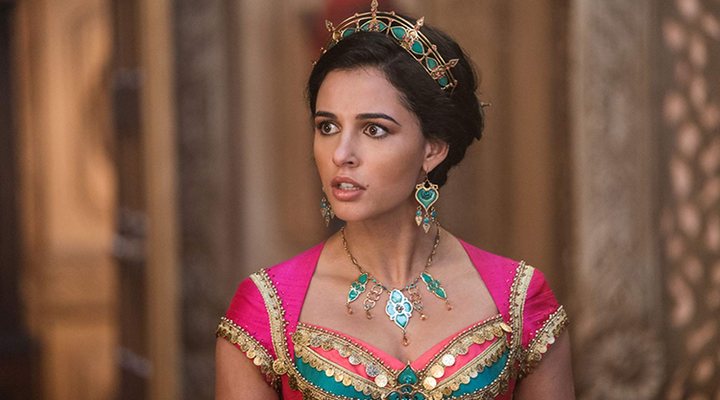 Mena Massoud is also commendable in the role of Aladdin, nicely embodying the cheeky charm of the character, but one of the best performances (surprisingly) came from Will Smith's highly contentious Genie. Of course, it goes without saying that Smith could never surpass Robin Williams' level of excellence, but his success in the role comes from the fact that he does not try to do so. Smith makes the character entirely his own and his energy, charisma and natural humour shines through in every scene. En par with Scott, Smith is the best part of this remake. The recreation of 'Friend Like Me' is visually magnificent in live action form and the hiphop tone in the music perfectly incorporates Smith's unique personality. On the other hand, like the cynics anticipated, that the CGI used to transform Smith into a genie is more than a little disconcerting, especially when the actor speaks. And considering the skilled CGI shown in scenes like 'Friend Like Me', it is surprising and a rather disappointing that Smith's Genie was so poorly made. However, luckily for most of the film the Genie inhabits his human form, so the audience need not suffer the horrors of Will Smith's giant blue face.

Another downfall is the first half hour of the film, which is simply rather boring. The remake of 'One Jump Ahead' is poorly done, and the inclusion of Jasmine in this scene feels a little lazy; instead of introducing the characters separately, and allowing them to establish themselves as individuals, the writers simply rush to cram in the princess as early on as possible, which ends up simply looking messy.

The story does manage to gain momentum after Aladdin gains ahold of the lamp (partially thanks to Will Smith's appearance), but then comes yet another disappointment: Jafar. In the cartoon world, the evil sorcerer is easily one of the most iconic and impressive Disney villains ever created, but Marwan Kenzari has none of the character's charisma, presence or foreboding nature. The actor's performance is wooden, and his utterly unimposing character lacks the sleazy, sinister nature of the 1992 sorcerer, meaning he never truly feels like a threat to Agrabah. 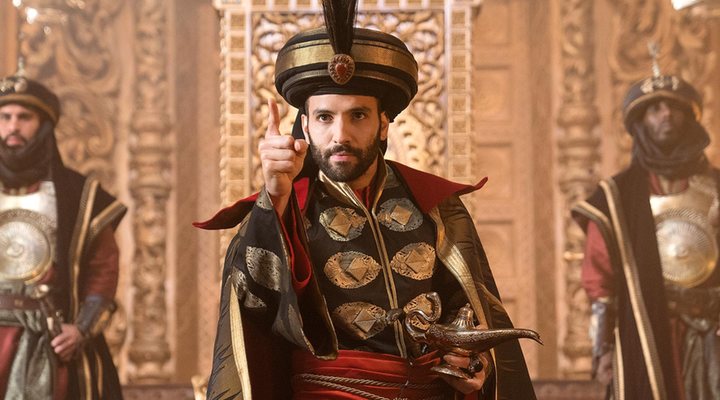 Iago is similarly mediocre. While the evil henchman parrot is easily one of the funniest and most memorable aspects of the original, he is almost irrelevant in this film, much like his feeble master. Navid Negahban as the Sultan is equally underwhelming. The loveable, huggable and endearingly naive cartoon character does not translate well to the 2019 remake; the character loses all his appeal, becoming simply an old bumbling fool who has no respect for his daughter.

Overall, other than Jasmine's new song, and the Will Smith's fun re-interpretation of the Genie, there is nothing new or innovative about this 'Aladdin'. The question of why Disney felt the need to fix something that was by no means broken, is answered only by the fact the remake genre is an easy (if unimaginative) goldmine. If we are to compare this remake to the original, it falls short by a mile; the very nature of transforming animation into reality means that the story loses much of the unique, magical charm which is inherent to the cartoon style.

However, as the say goes: comparison is the thief of joy. If we are to accept the fact that the originality and genius of the 90s masterpiece will always surpass its live recreation, Guy Ritchie's 'Aladdin' is an entertaining and enchanting film. Naomi Scott and Will Smith are the indisputable stars of the show, and the choreography and set design is flawless. While it is no revolutionary creation, 'Aladdin' has merit in its entertaining, charming, and magical nature.

(If it were not inevitably compared to the original, it might reach a sold 7, but as it stands it cannot surpass a 6.)

The Best: Jasmine and Naomi Scott's performance, and Will Smith's new interpretation of the Genie.

The Worst: The first thirty minutes and the underwhelming Jafar.