'Elite': Season three's prime victim reveals how they found out about their character's fate

*This article discusses an important detail about the third season of 'Elite' as revealed in the official trailer.

You'd really think that they would've shut down Las Encinas by now. Surely the past two seasons filled with murder, betrayal, deceit, sex and secrets would be enough to have any parent think twice about sending their little darlings off to a school for the rich, famous and corrupt. Once you suspend reality, however, you open the doors to a smash hit Spanish language series that has taken Netflix by storm in the form of 'Elite'. The first season was defined by the death of Marina (María Pedraza), a harrowing murder that unleashed the chain of events around which the past two seasons have revolved. The series will return for its third season of melodrama and mayhem on the 13th March and, as the official trailer recently revealed, will see many more shocking twists grace the halls of Las Encinas. If you haven't seen the trailer and don't want to uncover the major spoiler at its core, we suggest you pause your reading, watch it, and return for the discussion.

The trailer for the upcoming season treated fans to flashing glimpses of the storylines set to unfold over the next batch of eight episodes, but the most memorable moment comes from the end of the trailer with a dramatic, 'Elite'-style reveal: one of the students dies at the graduation party. We barely have time to absorb the shock before the camera pans to the body to reveal the victim: Polo, portrayed by Álvaro Rico, Guzmán's former best friend and, of course, the murderer of Marina. Over the course of the third season, the mystery behind Polo's death will unfold as we contemplate who is behind his death. Out of the many characters that have reason to despise the murderer-slash-student, which one would have gone so far as to push Polo to his gruesome and bloody death?

Álvaro Rico saw it coming: "I was sort of expecting it" 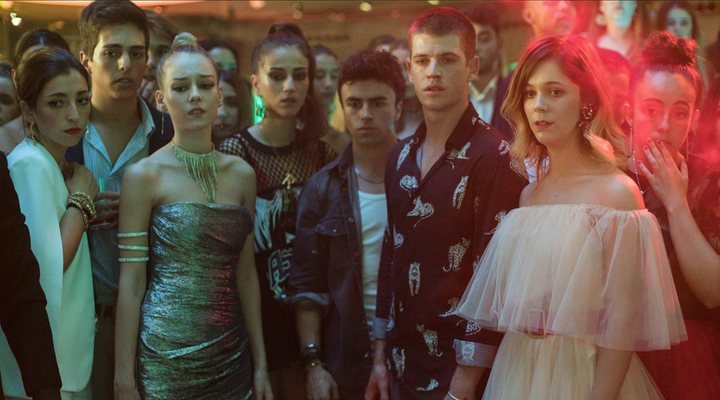 During a recent press tour, we had the chance to speak to Álvaro Rico himself about the ultimate fate of his controversial character and how he felt about making his exit from the successful series. "I was sort of expecting it", admits the actor, who points out that after murdering Marina in the first season and then being found out in the second season, his character had to come to an end. "There was this feeling that if this character's on-screen presence is dragged out, it's like we're cheating the viewer a little bit", he explains.

'Elite' certainly isn't afraid to shock, scandalise and horrify its viewers, but it certainly will not cheat and do things half-heartedly when it comes to drama. You can watch Polo meet his end when the third season hits Netflix on the 13th March.