'Game of Thrones': Jon Snow, Daenerys, and the Theory of Azor Ahai

*This article analyses the first two episodes of Season 8*

The first two episodes of the final season of 'Game of Thrones' have been driving fans crazy with speculation for the upcoming ending. With only four episodes remaining, there are many questions which need answering and some fans have begun to share their own theories about how the legends of Azor Ahai and the Prince Who Was Promised could play key roles in the season finale.

Before we dive into this mind-blowing theory, here is a recap of the two (possibly connected) prophecies which have been significant and unresolved throughout the series. 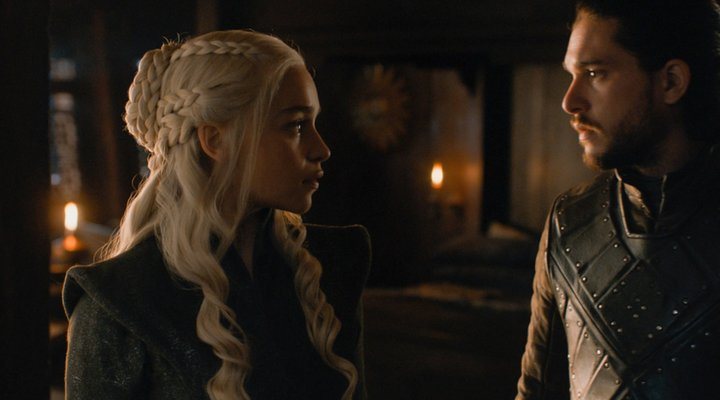 Azor Ahai is legendary figure from the religion of the Lord of Light. This faith claims that there is one true God, who represents summer and life, and his arch nemesis, the Great Other, a symbol of winter, ice, and death. According to religious teaching, Azor Ahai lived around 8000 years before the War of Conquest and was the chosen figure to fight the the Great Other, who had plagued Westeros with a Great Darkness. In order to combat this threat he forged a sword named Lightbringer, but in order to release the weapon's powers, he had to plunge in through the heart of his beloved wife, Nissa Nissa, and combine her soul with the steel. According to ancient prophecies, he will be reborn to defeat the darkness once again.

Throughout the series, the Red Priestess, Melisandre, has been searching for the reborn Azor Ahai, claiming in the books that "Azor Ahai shall be born again amidst smoke and salt to wake dragons out of stone." At first she was convinced that the legend referred to Stannis Baratheon but she was unable to prove it. However, when Melisandre asked the Lord of Light to show her the face of Azor Ahai, he only showed an image of snow, for which she began to believe that Jon Snow could be her prophetic hero. 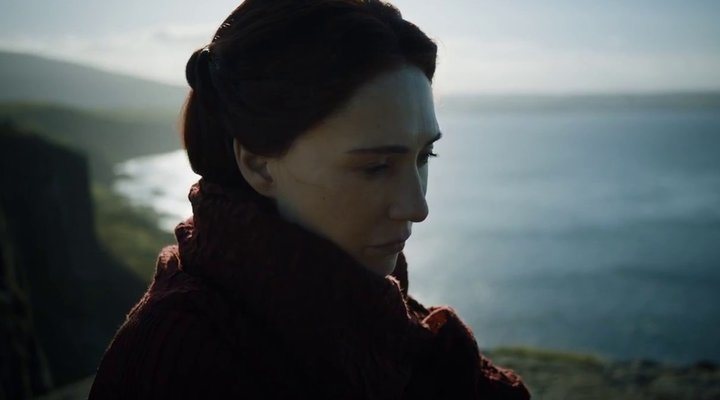 The Prince Who Was Promised

Although it is unclear as to whether these two legends refer to the same hero, as they are separate prophecies, Melisandre has always used the terms interchangeably and this hero is also predicted to lead the battle against the darkness. This legend of the Prince was originally written in High Valyrian, a language which does not differentiate gender, therefore the so-called Prince could easily be a Princess. When Maester Aemon was on his deathbed, his final words suggested the hero for whom everyone was waiting was actually Daenerys Targaryen: "No one ever looked for a girl. It was a prince that was promised, not a princess [...] Daenerys is the one, born amidst salt and smoke. The dragons prove it."

Now that season 8 is well under way, there are several clues which are pointing towards a resolution for these two (possibly connected) prophecies. The theory begins with the assumption that Jon Snow, and not Daenerys, is the legendary Azor Ahai. The basis for this theory is partially the development of Daenerys' character in recent episodes; while she was previously revered for her composure and grace, she is slowly seeming to drive herself mad with her desire for the power of the Iron Throne. With her dark side and lust for power clearly emerging, the Mother of Dragons seems to be falling into the same trap as her father, the Mad King. This evident change in Daenerys' behaviour, alongside her horrified reaction to the revelation of Jon Snow's true parentage (which makes him the rightful heir to the throne) suggests an ominous twist could lie in wait at the end of the season.

As Jon Snow is now also the rightful heir to the throne, fans have speculated that the power-crazed Daenerys, who will clearly stop at nothing to conquer the throne, will attempt to kill him in order to take the power for herself. Snow will therefore have no other option but to kill his beloved, fulfilling the prophecy of Azor Ahai and making Daenerys the Nissa Nissa figure that the legend demands in order to forge the weapon which will defeat the White Walkers.

It would certainly not be far-fetched to think that the writers of the series could come up with such an ominous and tragic ending. Do you believe this theory? Is Jon Snow capable of killing Daenerys? The season finale will stream in four weeks time and all will then be revealed.