If films were judged purely on merit, nobody would have a bad word to say about Todd Phillips's 'Joker'. This new take on the world of Gotham has been well-received by critics and audiences alike, taking home the top prize at the 76th Venice International Film Festival earlier this year. 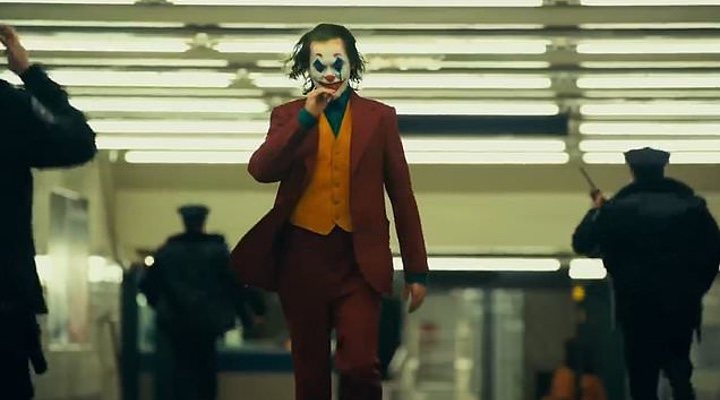 However, like its forefather, Christopher Nolan's 'The Dark Knight', 'Joker' has attracted just as much controversy as it has praise, particularly with regards to the violence present in the film. Much of this controversy stems from terrible tragedy, with victims and families of those involved in the Aurora shooting at the Cinemark Aurora on the 20th July 2012 expressing concern about the potentially damaging message 'Joker' could spread. The fateful shooting occurred when a gunman opened fire during a midnight showing of 'The Dark Knight Rises', resulting in 12 dead and 70 more injured. The horrors of such an event prompted five victims to write an open letter to Warner Bros itself, questioning why they present the sociopathic titular Joker in a sympathetic light and urging them to take up the fight against armed violence.

"Use your political clout and leverage in Congress to actively lobby for gun reform," the letter pleaded, stating that as the government has failed to take sufficient action to tighten the criteria needed to obtain arms licenses, "large companies like Warner Brothers have a responsibility to act". In a devastating turn of phrase, this demand for Warner Bros to take responsibility echoes that of another much-loved comic series, and drives home the loss experienced by these people as the result of a murderer who, much like the Joker, "felt 'wronged' by society".

In a show of respect to the victims of the shooting, Deadline has reported that there will be no screenings of 'Joker' at the Cinemark Aurora.

Neither the studio, director nor leading actor allowed these concerns to go unheard, with all three offering their personal opinion on whether we should consider the potential effects of 'Joker' on real-world violence, so far from the world of fiction in which Batman and his arch-nemesis operate.

Warner Bros broke the silence with their statement released to Entertainment Weekly. "Gun violence in our society is a critical issue, and we extend out deepest sympathy to all the victims and families impacted by these tragedies". The statement went on to sustain that, as a studio, Warner Bros has demonstrated support for the tightening of gun laws through their donations to victims of such violence, including those of the Aurora shooting. They also refer to their recent backing of the call to enact legislation to slow the epidemic of violence that appears to be spreading through the United States. However, the studio also makes a very strong argument for how the function of art contradicts this huge backlash against the violence depicted by the film. "One of the functions of storytelling is to provoke difficult conversations around complex issues", the studio argues, yet highlighting these issues does not counteract that "it is not the intention of the film, the filmmakers or the studio to hold this character up as a hero."

Similar sentiments were echoed by both Phillips and Phoenix in interviews with IGN. "Art is complicated and oftentimes art is meant to be complicated," said Phillips, offering an intriguing take on the purpose of art in an ever-changing, ever-complex world. He went on to criticise those who are writing think pieces without seeing the film at all as it has led to misinterpretation. Phillips did not intend to make a film enshrining violence, but rather one about "a lack of love, childhood trauma, a lack of compassion in the world".

Phoenix also suggests that we cannot look to filmmakers and artists as our professors in times of crises. "I don't think it's the responsibility of a filmmaker to teach the audience morality or the difference between right and wrong", sums up the actor.

In spite of conflicting views on the purposes of art, Joaquin Phoenix and the shooting victims share the desire to remember those gone but not forgotten. At the Toronto International Film Festival the actor delivered a touching speech in which he remembered the huge influence of his brother, River Phoenix, on his life and career.

"When I was 15 or 16, my brother River came home from work and he had a VHS copy of a movie called 'Raging Bull' and he sat me down and made me watch it. And the next day he woke me up, and he made me watch it again," Phoenix recalled. "And he said, 'You're going to start acting again. This is what you're going to go.' He didn't ask me, he told me. And I am indebted to him for that because acting has given me such an incredible life". 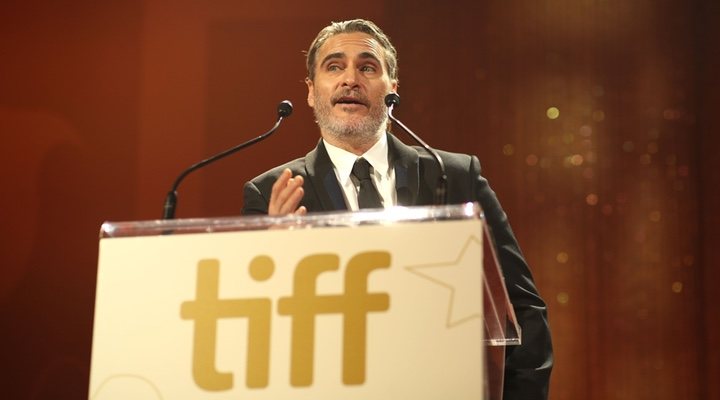 River Phoenix passed away at the tender age of 23 after a night of drinking and drug taking in Los Angeles proved deadly and claimed the life of this young talent.

The upcoming release of 'Joker' has clearly prompted important conversations about life and death; violence and the ways in which our society can tackle it; empathy in an uncaring and increasingly cold world. Hopefully the voices of the Aurora shooting victims can help to create a safer world for all, a world in which films like the 'Joker' are simply what Phillips and Phoenix set out to make: art.