Michael Bay is back on the big screen after his successful stint in streaming with '6 Underground', one of the biggest original movies released on Netflix. The filmmaker, known for his explosive blockbusters, directs 'Ambulance', action thriller starring Jake Gyllenhaal, Yahya Abdul-Mateen II and Eiza González, now in cinemas.

Bay recently visited Spain to promote the film and we had the opportunity to have a chat with him for our podcast, 'Sesión Golfa', conducted by Javi P. Martín. During our conversation, we went through his filmography, from his beginnings in the industry to his latest projects and his most iconic films ('Bad Boys', 'Pearl Harbor', 'Transformers'), as well as some of the moments behind the scenes that have made the headlines, such as his complicated relationship with his 'Transformers' star Megan Fox. 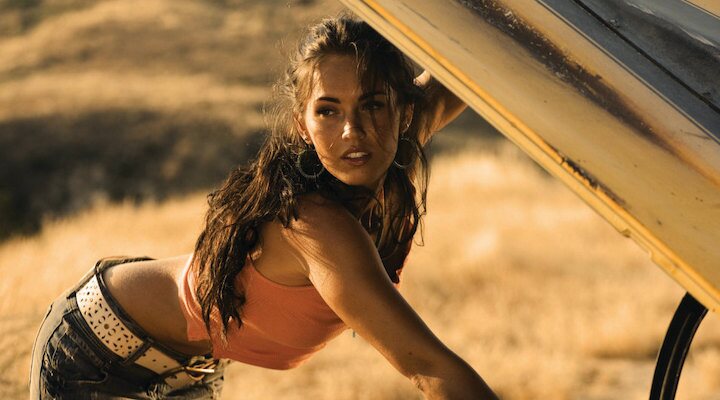 The complete episode will be available soon, but as a preview, we have an exciting scoop that he gave us during the interview. When we asked him about his relationship with Fox, Bay said that they are on good terms, in fact, so good that they're working on a new project together: "Megan and I are great friends", he said, "So, you read the stuff on the Internet, it's fake, bull. We're working on a TV show together, that we're trying to write right now. She's fantastic and we have hopes that this TV show goes. It's called 'Blank'".

As of now, we don't have further details on the series or their specific role in the production, but at least we know that a reunion is in the works after Bay directed Fox for the last time more than a decade ago in 'Transformers: Revenge of the Fallen', a project that will for sure draw a lot of attention.

The controversy surrounding Megan Fox and Michael Bay is certainly well known and documented. Fox, who rose fame after starring on 'Transformers', said that working with him had been "a nightmare" and even compared him to Hitler. During an interview with Jimmy Kimmel in 2009, the actress also revealed that Bay had personally approved his scene as an extra in 'Bad Boys 2', where she appears dancing in a bikini and heels under a waterfall in a night club, when she was only 15. That led to many accusing the filmmaker of sexualizing a minor.

The interview went viral again in 2020 and Fox responded with an official statement to clarify that, despite her negative experiences in Hollywood, she was "never assaulted or preyed upon in what I felt was a sexual manner". She also debunked the rumor that said that Bay made her wash one of his cars as part of her audition for 'Transformers', going to explain that she had to pretend to work on the car with a wrench, but was never asked to wash it.

Since then, they have mended their relationship, after a feud that, according to Bay, the media blew (and still blows) out of proportion, although their story together still fuels the conversation about the pre-Me Too Hollywood.