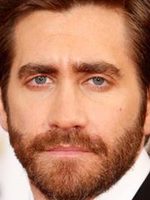 Jacob Benjamin "Jake" Gyllenhaal (born December 19, 1980) is an American actor. The son of director Stephen Gyllenhaal and screenwriter Naomi Foner, Gyllenhaal began acting at the age of ten. Following his first lead role in October Sky (1999), he starred in the indie cult hit 'Donnie Darko' (2001), in which he played a psychologically troubled teenager alongside his older sister, Maggie Gyllenhaal. In 2002, he starred in another indie film, 'The Good Girl'. In 2004, he appeared in the climate fiction-disaster film 'The Day After Tomorrow', portraying a student caught in a cataclysmic climate event. Gyllenhaal played a frustrated Marine in 'Jarhead' (2005), and the same year, his role as Jack Twist in 'Brokeback Mountain' earned him critical acclaim. For his Brokeback Mountain performance, he won the BAFTA Award for Best Supporting Actor and was nominated for the Academy Award in the same category. He has since played lead roles in many films, including 'Zodiac' (2007), 'Prince of Persia: The Sands of Time' (2010), 'Love & Other Drugs' (2010), 'Source Code' (2011), 'End of Watch' (2012), 'Prisoners' (2013), 'Nightcrawler' (2014), and 'Southpaw' (2015).

Jake Gyllenhaal has been active for 21 years, participating in 29 movies that average a 6.9/10 score.

The Devil All The Time 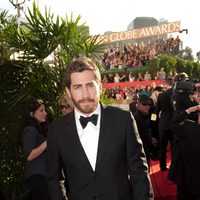 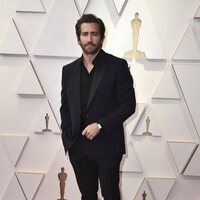 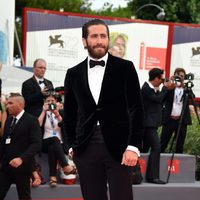 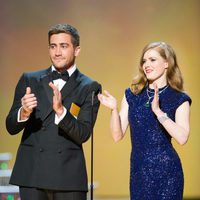 Jake Gyllenhaal failed his audition for 'Lord of the Rings'