'The Crown': Helena Bonham Carter discusses how she visited a medium to contact Princess Margaret

On the 17th November one of the breakout series of recent years will return to Netflix, 'The Crown', the series based on the life of British royalty and Queen Elizabeth II. With this third season, the crown jewels are being passed down to the new faces that have arrived to play these iconic parts. Amongst them is Helena Bonham Carter, who will take the reins from Vanessa Kirby in the role of Princess Margaret, the queen's sister and one of the characters who has received the most interest from fans. But Carter thought very hard about whether to accept the role, and to aid her in her decisions she decided to ask for advice from Princess Margaret herself. 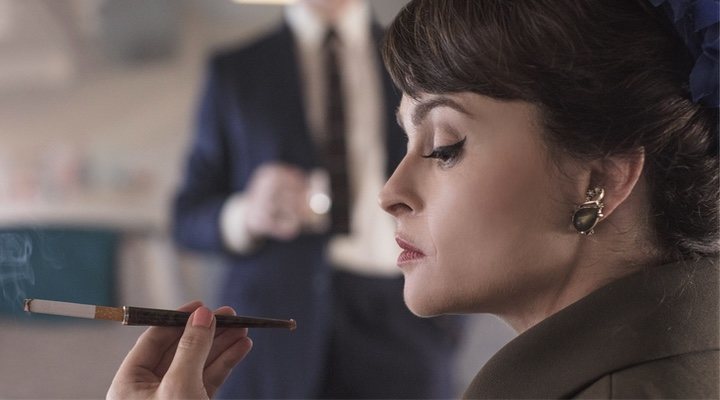 The actress told The Guardian that she went to a medium in order to be able to talk to the princess and ask for her blessing in portraying her in the series. According to the 'Harry Potter' actress, the princess was delighted with the casting choice: "She said, apparently, she was glad it was me. My main thing when you play someone who is real, you kind of want their blessing because you have a responsibility".

In order to receive Princess Margaret's blessing for the role, Carter asked her directly: "Are you OK with me playing you?". And, according to the actress, she did not merely obtain Princess Margaret's blessing but also her assurance that Carter was the best choice for the role: "She said "You're better than the other actress'"...that they were thinking of. They will not admit who it was. It was me and somebody else". The answer also made Carter believe that there was a chance that the princess was truly there, as it seemed to be "a classic Margaret thing to say".

However, Margaret's blessing and the praise were not the only things that convinced the 'Fight Club' actress. Princess Margaret allegedly also indicated certain things about the role and about how Carter would have to improve in order to play the best possible version of the character. "She said: "You're going to have to brush up and be more groomed and neater". Then she said: "Get the smoking right. I smoked in a very particular way. Remember that - this is a big note - the cigarette holder was as much a weapon for expression as it was for smoking"."

The actress has also been in contact with (in the real world, not the spiritual one) loved ones of the princess in order to prepare for the role, speaking with them and asking for direction in her interpretation of the character. Furthermore, Carter herself knew Margaret years ago, giving that the actress's uncle had a relationship with the princess. "They always remained good friends. I have photos of them together and they look really dashing as a couple...It was definitely pre-Townsend. They remained forever friends". According to Carter, on one occasion the princess even asked her if she were improving as an actress.

New faces in 'The Crown'

The Netflix series has altered its cast in order to adapt itself to the new age in which the story is situated, with the third season centring on the 70s, when Queen Elizabeth II was around her fifties. We'll soon see Olivia Colman in the role of Queen Elizabeth II, taking over from Claire Foy. In the role of Prince Philip is Tobias Menzies, and the new Lord Snowdon will be portrayed by Ben Daniels.