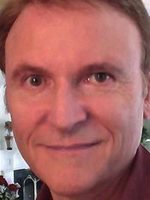 Armand Mastroianni is a director of movies, mini series and television from 1979. His first movie was 'He Knows You're Alone'. Later, He made 'The Killing Hour', 'The Supernaturals', and others. Then He started making tv pilots like 'Dark Shadows', 'Touched by an Angel' and 'Dead Zone'. He made famous mini series like 'Danielle Steel's The Ring' or 'Robin Cook's Invasion'. In 2008, He created his own producer company, Silver Screen Pictures, with Kyle Clark. Silver Screen Pictures made several movies and series like 'Citizen Jane' or 'The League'. He produced 'William and Kate The Royal Wedding' and 'Bling Ring' also, in 2010.

Armand Mastroianni has been active for 40 years, participating in 1 movies that average a 7.1/10 score.

He Knows You're Alone