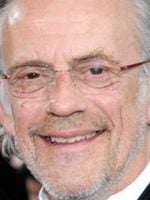 Christopher Allen Lloyd, best known as Christopher Lloyd, is an american actor born October 22nd 1938 in Stamford, Conneticut. He has won three Primetime Emmy Awards. He started working on and off Broadway early in his career but it wasn't until 1975 when he made his cinematographic debut in Milos Forman's 'One Flew Over The Cuckoo's Nest'. He has participated in more than 200 projects including voice acting and tv shows. His most famous role to date is Doctor Emmett Brown in Robert Zemeckis' 'Back To The Future' trilogy. He worked for Zemeckis in 'Who Framed Roger Rabbit' as the villain Judge Doom.

Christopher Lloyd has been active for 47 years, participating in 21 movies that average a 6.8/10 score.

I Am Not a Serial Killer